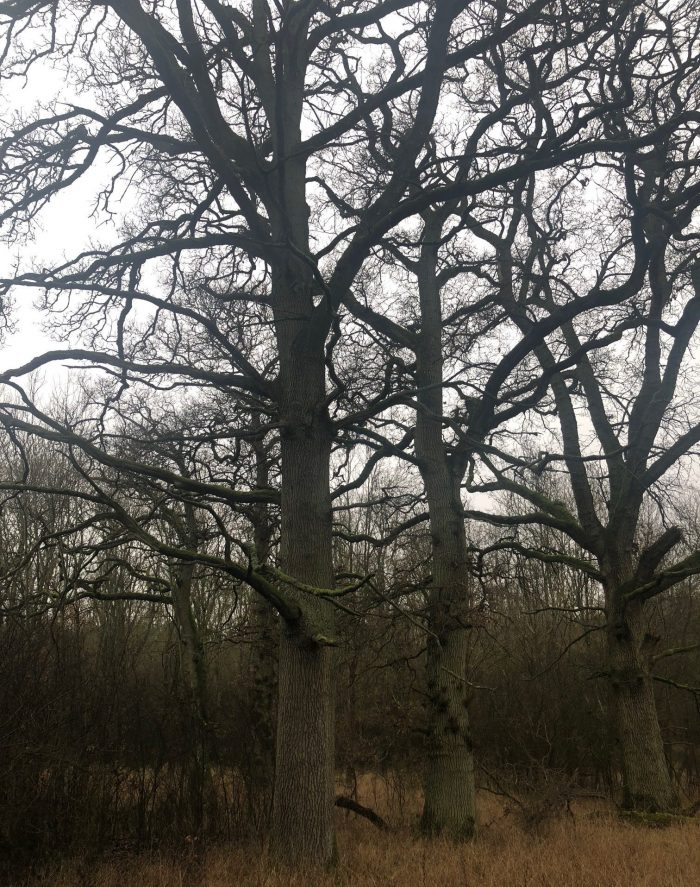 The Wild Hunt in European Mythology

Late autumn and winter is a season for storms in northern Europe. Week after week they bring gale-force winds, snow, torrential rain and flooding. Such weather, combined with seasonal darkness, may have contributed to the development of the Wild Hunt mythology, well known to scholars of Germanic and Celtic, and to some extent also Slavonic folklore. Different versions of the myth survive from Germany, Ireland, Britain, Scandinavia, the Czech Republic, and elsewhere in northern Europe.

The myth of the Wild Hunt

The Wild Hunt is a term for a group of demonic or ghostly huntsmen. They can be seen, or simply heard, galloping in the countryside, along lonely roads, or across the sky at night. The huntsmen were believed to be demons or damned souls. Their leader was variously thought of as the devil, a pagan god, such as Odin, a pagan goddess, or a condemned man or woman.

The myth shows a connection with stormy weather, the howling of the wind and darkness. It is for a reason that it circulated in the north where the nights in winter are particularly long. Reports about the sightings of the Wild Hunt were most common during the darkest time of the year. Its appearance was considered to be an evil omen, an intrusion of dangerous supernatural powers in everyday life. It was also believed to foretell death, hunger, disease and other disasters. According to some versions of the legend, if the riders seem to hang over a house, death or calamity are sure to visit it.

The stories about the Wild Hunt in Britain

The myth of the Wild Hunt is known from several medieval sources. The earliest description surviving from Britain appears in the Peterborough Chronicle for 1127. The chronicle was maintained at the Abbey in Peterborough until the 12th century. It reports that following the appointment of a wicked abbot there were repeated sightings of demonic hunters near the Abbey:

‘Then soon afterwards many people saw and heard many hunters hunting. The hunters were big and black and loathsome, and their hounds all black and wide-eyed and loathsome. They rode on black horses and black goats. This was seen in the very deer-park in the town of Peterborough, and in all the woods that there were between this town and Stamford. And the monks heard the horns blow that they were blowing at night’. (Cited in A Dictionary of English Folklore.)

There were many local versions of the myth. In Cornwall, for example, the term for the Wild Hunt was Dando’s Dogs. It was believed to be due to the Devil carrying off a wicked priest named Dando who went hunting on Sundays. Since then, he and his dogs were seen or heard galloping across the moors on stormy nights.

The legend of the Wisht Hounds of Dartmoor tells of a dark huntsman who hunts at night, and only when a storm is raging on the moor. His steed and hounds are black and their eyes glow ‘like balls of fire’ and are ‘as big as saucers’.

The legend of Gabriel Hounds

In northern counties of England, stories were told about Gabriel Hounds. Thus, in Cleveland, the explanation given was that

‘a gentleman of the olden times was so strangely fond of hunting that, on his deathbed, he ordered his hounds all to be killed and buried at the same time and in the same tomb as himself’.

The story goes on to tell that he and they still hunt as ghosts. (J. C. Atkinson, The Gentleman’s Magazine (1866), part II, 189, cited in A Dictionary of English Folklore.)

Similarly, a nonconformist minister Oliver Heywood, writing of his local area, near Halifax, recorded that in the winter of 1664/65 many heard a strange noise in the air. It was ‘as if a great number of whelps were barking and howling’. The country people therefore called it ‘Gabriel-Ratches’, and ‘ratchet’ is an old word for a type of hound. Locals also believed the noise caused the deaths of those who heard it and warned of famine and plague to come.

This story was well known in Britain by 1807, when William Wordsworth published his ‘Miscellaneous Sonnet 29’. It contained the following lines:

The myth of the Wild Hunt in Germany

According to a version of the story from Lower Saxony, there was a wealthy prince passionately devoted to hunting. The lives of any of his subjects who interfered with his sport were forfeited. When a boy cut bark from a willow to make himself a whistle, he was cruelly executed. When the prince finally died, his soul could find no rest, but was condemned to hunt through the woods for ever. On a stormy night, the peasants still hear the crack of his whip, the baying of the pack, and the hoof-beats of his ghostly steed as he crashes through the forest. (E. M. Arndt, Märchen und Jugenderinnerungen, i. 401-4, quoted by Grimm, Deutsche Mythologie, iv, 1588.)

The first comprehensive description of the myth of the Wild Hunt was given by Jacob Grimm in his Deutsche Mythologie (‘Germanic Mythology’), published in 1835. He drew on records of German folklore and made both the story and the term Die Wilde Jagd (‘the Wild Hunt’) widely known. His account captured the imagination of many.

The ‘Dogs of Hell’ in the myth of the Wild Hunt

One of several versions of the Wild Hunt story in Celtic folklore is the legend of Gwyn ap Nudd. He is a ruler of the other world in Welsh mythology, but he also appears in folklore as the leader of the Wild Hunt. Gwyn ap Nudd rides a demonic horse and hunts in waste places at night with a pack of white-bodied and red-eared ‘dogs of hell’. He is believed to hunt for human souls. To hear the baying of his hounds is a sign of imminent death in the family.

Some versions of the Wild Hunt story tell that occasionally a dog gets separated from the pack and walks into someone’s house. The dog is invariably black and behaves strangely. It does not recognize people and sulks as if pining for its companions. Stories repeatedly say that it refuses to eat any food apart from ash, and lies next to a hearth all day, occasionally licking ash. It waits for the Wild Hunt to re-appear. Eventually it vanishes suddenly, eagerly running away when it senses the Wild Hunt passing above the house again.

Didactic stories and a warning to us?

Like many legends, such stories seem to be ultimately didactic. They teach sensible and appropriate behaviour, namely wise respect for the power of nature evident in winter storms. We need to take this power very seriously and if possible not to expose ourselves to danger. I hope you are safe tonight and enjoying the warmth of your home!

To learn more about northern European mythology read my posts about mistletoe in legends and pre-Christian celebrations of the winter solstice.

For an excellent introduction to common English legends and beliefs see A Dictionary of English Folklore, by Jacqueline Simpson and Steve Roud (Oxford: Oxford University Press, 2003).

Posts related to ‘The Wild Hunt in European Mythology’

Pin ‘The Wild Hunt in European Mythology’ for later.