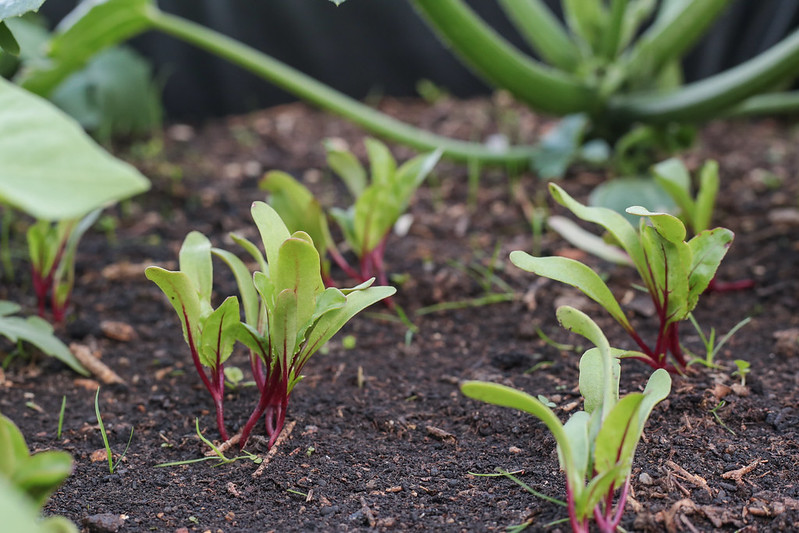 Why soil is important and what to do if it is either dying or seriously ill? Unfortunately, we don’t think of soil as a living organism and don’t appreciate its importance. It is often called ‘dirt’ and people don’t make a distinction in their speech or mind between soil and rubbish.

As a result, we dig it without need, killing organisms that inhabit it, trample it and poison it with pesticides, herbicides and ‘fertilizers’. But soil supports our life and the life of all animals and plants.

So why soil is important?

In the past the surface of our planet was covered with mineral-rich rocks. Under the influence of the air, sun, wind and rain they crumbled, turning into sand and dust. These became inhabited by microbes and bacteria, and later by early plants, such as lichens and moss. After millions of years numerous microorganisms, plants, fungi and animals developed and at the same time created the soil suitable to support diverse life. This process still continues today and without it life as we know it would be impossible.

When humans started using soil to grow their food, they did not think that it needs protection. Having exhausted the soil in one area, they moved to new land. Cutting down forests and ploughing meadows they were destroying the ecosystem of the land and making the soil less capable to produce food and support life.

Plants can use only water-soluble chemicals. Processes of converting minerals into water-soluble substances, that are accessible to plants, are happening in the soil all the time.

Bacteria and microorganisms are an essential part of these processes. They ‘digest’ dead plant matter and make carbon dioxide. Other animals, us included, do the same, but the inhabitants of the soil are the main source of carbon dioxide in the soil and atmosphere.

Carbon dioxide in the atmosphere is absorbed by plants. It is their main food and is used by them to create organic matter as a result of photosynthesis.

Carbon dioxide in the soil interacts with water and becomes acid that helps to convert minerals into the form useful to plants. Fertility is created by living things in the soil – myriads of bacteria, microscopic fungi, worms and insects.

According to some calculations, top 30 cm of 1 square metre of soil contain 3 kilos of living organisms. During the warm season of the year they eat 10 kilos of organic matter. If this is not happening, the soil degrades, loses its fertility and become dead. Fertility of the soil is measured not by the presence of minerals, but by the presence and number of living things.

Humus as a source of water for plants

Soil does not only feed all living things, it also protects them from pollution. Soil contains humus. It is a very complex and poorly understood organic substance, produced by worms and other inhabitants of the soil. They make it by digesting and breaking down dead plant matter.

Humus has an amazing ability to preserve moisture. It can hold an equivalent of 80-90% of its weight in water. If the soil in your garden is too dry, you need more of it. To have it, you need worms and other living things in your soil.

Humus as a biological filter

Another unique ability of humus is that it can bind toxic substances, such as heavy metals, radioactive chemicals and excess salts and nutrients in the soil. They become bound to the organic molecules of humus. And all these poisonous substances are produced in huge numbers by factories, cars and modern agricultural practices.

Humus in the soil creates a powerful ‘buffer’ for the planet. It absorbs technogenic waste and binds it so firmly that the waste is unable to poison the living world.

But the ability of humus to act as a biological filter that protects life is not endless. In many parts of the world humus is depleted. In the areas of ecological disasters it is no longer capable of neutralizing pollution.

Soil is key to our life and the life of our children and distant descendants. We need to change our attitude to it and protect its inhabitants. If we ruin their habitat, we will kill ourselves and everything that lives on the planet.

The signs that your garden soil is dying

First of all, in order to be healthy soil must contain living organisms. Secondly, these organisms need the right conditions for their work, such as the presence of moisture, organic matter and oxygen, as well as even temperature. All these are present in any natural eco-system, such as woodland or a meadow.

What are the signs that your soil is dying?

All this indicates that the soil is ill and needs urgent help. What should one do in this situation? There is only one choice – to try to heal and restore it.

How to restore the soil

1. Avoid digging as far as possible

Microorganisms that inhabit the soil are highly specialized. To survive they need the right exposure to air and light. When you turn the soil while digging, you ‘bury’ and suffocate bacteria that require exposure to oxygen and can only lives on the surface of the soil.

At the same time you transfer bacteria from the lower levels, that does not require oxygen, to the surface. As a result different microorganisms, that make nutrients in the soil available to plants, die.

***Read about controlling weeds without digging: Organic Weed Control: Why and How?

2. Don’t use poisons and fertilizers

Digging, poisons and fertilizers kill microorganisms, earthworms and insects that inhabit the soil. But all these creatures contribute significantly to the health of the soil and plants.

Earth worms are our essential helpers and friends. They digest dead plant matter and create humus, increasing fertility of the soil. Worms and insects create tunnels that make the soil penetrable to water and air, and improve its structure. Ground beetles eat slug eggs and young slugs.

***Read more about the history of artificial fertilizers: ‘Wilding’ by Isabella Tree: a Review

Ideally the soil should be always be covered with mulch. Bare soil is rare in nature, apart from in deserts. Soil bacteria is killed by direct sunlight and dryness.

The ideal conditions is what can be seen on the wood floor: soil covered with leaves at different stages of decay. Each tier of this ‘layer cake’ is inhabited by different specialized microorganisms. They are all busy breaking down plant material and transforming it into nutrients accessible to plants.

Wildflowers are an excellent labour-saving groundcover for a garden. A mixture of grasses, clover and other flowers is ideal for an area planted with fruit bushes and trees. In spring it can include primulas and violets, in the summer it can have white clover.

White clover produces large quantities of nectar and enriches the soil with nitrogen. It is also low-growing and flowers well even when walked on.

Such ground cover can be kept relatively short by mowing it 2-3 times a year. But don’t mow too often and let the flowers bloom. They will attract bees and other pollinators to the garden. And cross-pollinated plants will produce fruit that will taste and store much better.

If the space allows, a more ambitious wildflower meadow can be created. It can have a wide range of flowers blooming throughout the season with paths mowed through it. A meadow will improve the health of the soil, attract pollinators and increase the number of beneficial soil organisms, such as earthworms. It will also attract predatory insects that will stop the spread of pests. And of course it will be beautiful and enjoyable.

Best Wild Flowers to Grow in the Garden

***Read about nectar and pollinators:

5. Restore the health of flower and vegetable beds

Create borders around flower and vegetable beds. They can be made from wood or any other non-toxic materials. This will help you not to walk on beds. This in turn will mean that the soil does not get compacted and does not need dugging.

Cover paths between the beds with a thick (around 5 cm) layer of mulch, such as bark or wood chips. It will suppress weeds and increase fertility of the soil providing additional nutrients to vegetables growing in beds.

Before planting loosen the soil lightly with a garden fork to a depth of 5 cm without turning the soil over. Put on top a layer of compost.

As the vegetables and flowers grow bigger, put some more organic mulch between the rows of plants. Do this after it rained when the soil is wet. This will suppress weeds, preserve moisture, stop the soil from drying out and make frequent, exhausting watering unnecessary.

Mulch, no digging and no chemicals will create perfect conditions for beneficial microorganisms, fungi and insects and they will return to the soil. They will improve its structure and fertility. They will also detoxify it, breaking down harmful chemicals and excessive salts it may have accumulated.

***Here are some more ideas for an organic garden: 10 Ideas for a Natural Organic Garden.

It is important to return to the soil what we are taking out. If we take out more than return the soil will become poorer. The more diverse is the organic material we put into the soil, the better. This will ensure that the needs of different plants are met.

The easiest way to add organic matter to the soil is to plant green manures. Green manures are any plants that are not harvested but left to decompose and enrich the soil. These can be simply weeds or specially sown plants, selected for a particular purpose.

Commonly sown green manures are mustard, phacelia, buckwheat, oil rape, barley and rye. They all have different properties and bring different benefits to the soil. It is possible to buy seed mixtures of green manures suitable for different conditions. Old unused seeds of flowers and vegetables are also perfect. Using them as green manures avoids waste.

Green manures tend to be annual plants that are cut down and left as mulch or are lighly integrated into the soil before they produce seeds. They are most commonly planted in late summer and early autumn after crops have been harvested. They are then simply left on beds.

They will be eventually killed by frost and snow, but will remain on the ground as a cover that will prevent soil erosion due to wind, rain and snow in winter. In spring this cover will be eaten by worms and bacteria and transformed into nutrients for plants.

Posts related to ‘Garden Soil: Why Soil is Important and How to Restore it?’

Pin ‘Garden Soil: Why Soil is Important and How to Restore it?’ for later