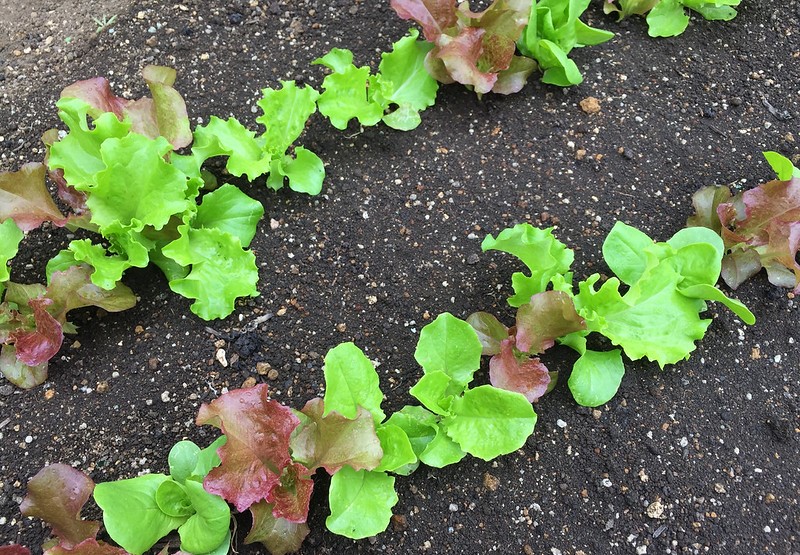 All, even the richest soils can degrade with intensive use, such as growing and harvesting vegetables, fruit and flowers. Maintaining fertility of the soil is therefore an extremely important task. The health of the soil can be supported through the use of organic plant-based fertilizers and correct growing technique.

This may seem like a daunting task, but nature has mechanisms that can effortlessly regenerate even the most depleted land and maintain its fertility. In balanced habitats everything that plants take from the soil returns back as they complete their life cycle. If we abide by natural laws of cyclicity, reuse and avoidance of waste, we can support the vitality of the soil and get the harvests we want.

Plants themselves, including what we class as weeds, can be excellent fertilizers. Such fertilizers are safe, organic, vegan and often cost much less than other options, or nothing at all. Using them helps with other essential tasks, such as keeping diseases and weeds under control, avoiding erosion, maintaining moisture in the soil and reducing the need for watering.

Making plants the source of fertility, rather than depletion, tends to be a labour-, time- and money-saving strategy.

The concept of no-stock farming

The use of plants as fertilizers also helps to develop self-sufficiency and resolve important ethical issues involved in farming and gardening. This was pointed out by Iain Tolhurst, a commercial small-scale vegetable grower from South Oxfordshire, UK. He pioneered a new, self-sufficient, vegan, no-stock growing methods. No-stock means farming or gardening where no products of animal origin are used.

Reducing the use of animal products is important not only because of the problems of cruelty and exploitation of animals that plague modern industrial farming. Animal farming is also extremely resource intensive. Scientists argue that to avoid deforestation, destruction of habitats and the loss of biodiversity, it needs to be drastically reduced.

Iain Tolhurst also rightly points out that using products from other farms, whether compost or animal manure, is ethically problematic, because it takes fertility away from these environments. Ideally a farm or a garden should be self-sufficient, take care of their own fertility and not rely on inputs from outside.

The method of no-stock farming

Tolhurst runs his farm using only plant-based fertilizers produced on his own land. The most important of these is green manures. They help to ensure that the land is never bare and therefore there is no loss of fertility as a result of erosion or washing out of nutrients due to rain and snow.

He integrates green manures into his yearly cycle as cover crops for winter or underplanting for vegetables such as pumpkins. He also uses a seven-year rotation on his fields, where green manures occupy two whole years of rotation.

Tolhurst started farming over 30 years ago on land that was so poor and stony that it was considered unsuitable for agricultural use. With his approach, amazingly, he has been able to run a successful commercial farm. Moreover, the fertility of his land steadily improved. This contrasts with industrial farming where the depletion of land is a major perennial problem.

Four ways to use plants as organic fertilizes and soil improvers

Plants can be used in four ways to maintain the fertility of the soil, to improve its structure, to detoxify it and to reduce the risk of disease and erosion:

Ideally one should a combination of all four.

What we call green manure are plants sown after the main crop is harvested. They are integrated into the soil before a new crop is planted. Green manures can be also sown as groundcover, underplanting the main crop. They tend to be annual, fast growing plants.

Green manures have been used since antiquity. Roman naturalist Pliny the Elder (24 – 79AD) wrote in his Natural History:

‘It is, however, universally agreed that no manure is more beneficial than a crop of lupine turned in by the plough or with forks before the plants form pods, or else bundles of lupine after it has been cut, dug in around the roots of trees and vines. And in places where there are no cattle, they believe in using the stubble itself or even bracken for manure’ (Book XVII).

Green manures suppress weeds, help to maintain the soil fertility, and prevent erosion. Plants used as green manures have different characteristics and can be selected to address problems specific to a particular land.

Some, such as phacelia, are especially good at attracting beneficial insects. Others, such as lucerne, have deep roots that improve the soil structure and bring nutrients to the surface. Yet others, such as mustard, help to combat specific pests and diseases. And yet more, such as plants of the bean family, enrich the soil with nitrogen.

Mulch is plant material used to cover the soil in preparation for planting and, importantly, while plants are growing. Almost any garden waste can be turned into mulch: weeds, pruned branches and leaves, mowed grass, bark and wood chippings.

Mulch enriches the soil with organic matter and minerals. As numerous experiments have shown, decaying plant material is taken into the soil by earth worms, improving the structure and nutrient content of its lower layers.

Mulch is fantastic for beneficial organisms living in the soil. In nature the soil is always covered – with growing plants in spring and summer, or with dead plants in autumn and winter. Exposure to sunlight kills bacteria responsible for making nutrients in the soil available to plants.

Mulch suppresses weeds by preventing their seeds from sprouting. It also preserves moisture in the soil and reduces the need for watering. Mulch does not allow the soil to overheat in warm and sunny weather. And this is particularly important now when extreme weather, including drought and heat, is becoming more frequent.

Compost is decomposed organic matter. It is an effective soil improver and an excellent way of recycling vegetable waste from the kitchen, weeds, pruned branches, mowed grass, autumn leaves and any other plant material. Compost encourages the growth of beneficial organisms in the soil, such as earth worms.

There are a few types of material that should not be composted. It may be best to avoid adding plants with seeds and perennial weeds with roots to the compost bin. Some composting methods allow them to survive and then spread around the garden. It is also not recommended to compost plants with pests and diseases.

But most importantly one should not use plants contaminated with herbicides and other chemicals. The effect of such a mistake can be devastating. Unfortunately, due to a widespread use of herbicides, it became common for commercially made compost to be contaminated.

Gardeners report that this affects even compost bought from well-known, reputable producers and labelled ‘organic’. Even more reason to try making your own compost!

What is better for plants and the gardener: mulch or compost?

They are made from the same material. But with mulch decomposition happens where plants grow, whereas with compost it happens in a separate dedicated place. So what is better? There are several things to consider.

1. Making compost takes time – it requires at least a year. You also need space and equipment, such as a compost bin. Ideally, compost also needs to be mixed regularly to become ready sooner.

Mulch does not require any of this. Composting happens on flower or vegetable beds and the benefits are instant.

2. Mulch, if it is raw plant material, such as weeds or cuttings, can look messy. Well-made compost looks neat and may be better for a small decorative garden.

3. Raw plant material can encourage some pests. For example, it can be a place for slugs and snails to hide. Therefore it may not be the best choice for a rainy spring.

This is, however, not a problem for gardeners who have been gardening organically for some time and have a natural balance of predators and prey on their land. Thus, Iain Tolhurst reports that his vegetables do not suffer from slugs because he has many ground beetles that eat slug eggs and baby slugs.

4. Even if raw plant material is not ideal for a wet start of the growing season, it may be the right choice later in the summer when hot and dry weather sets in. It prevents the soil from overheating, unlike dark-coloured materials, such as bark and compost.

5. If conditions allow, mulch made from raw plant material is better for plants than compost. Minerals that plants get from the soil is only a part, relatively small, of their food. A much bigger part, invisible to us, is carbon dioxide that they get from the atmosphere.

In a process known as photosynthesis plants use light energy to convert carbon dioxide and water into glucose. Glucose is then turned into other substances that plants need to grow and live.

Liquid fertilizes are quick to make and faster acting than other plant-based soil improvers. They are entirely organic and don’t cost anything. They can be made from a variety of plants. The basic method is as follows.

Roughly chop the plants, such as grass, nettles, comfrey, dandelions or chickweed. Put them in a container making it half or up to two thirds full. Fill the container with water. Cover it, but leave an opening for gasses to escape.

Plants will ferment and the fertilizer will be ready after about two weeks. Before use dilute it with water in the proportion 1:10. Use it to water plants ever 2-3 weeks.

One of the best plants for a liquid fertilizer is nettle. I describe how to make it in another post.

Another plant commonly used to make a liquid fertilizer is comfrey. It is particularly good for plants that require a lot of potassium – tomatoes, cucumbers and beans. Comfrey contains more potassium than manure and is just as rich in phosphorus.

One can also add ash from wood burning to the fertilizer to make it even richer. Use 1 glass of ash to 10 litres of fertilizer.