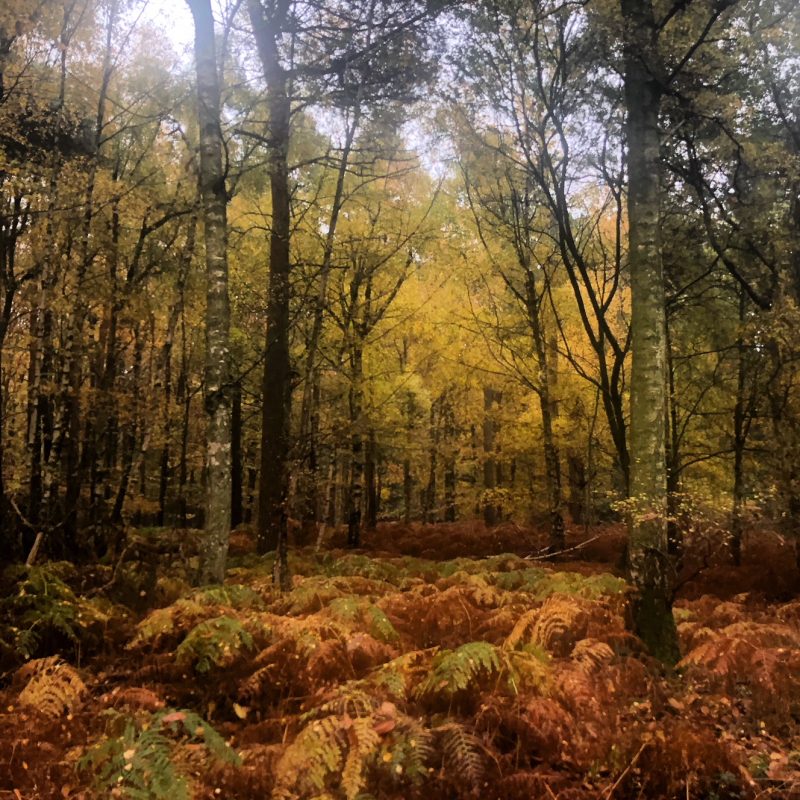 Peter Wohlleben, The Hidden Life of Trees: a Review

The Hidden Life of Trees: What they Feel, How they Communicate (Vancouver, 2015) is an English translation of a German publication by a forester Peter Wohlleben. He spent over twenty years working for the forestry commission in Germany and currently runs an environmentally friendly woodland in the Eifel mountains.

The book is a result of many years of observation and is an international bestseller. As Wohlleben remarks, as soon as it was published in Germany, it was clear to him that the story he had to tell ‘struck a chord with many, many people’ (p. x).

The hidden life of trees: real or fictional?

The first impression when reading the book is of uncertainty about what it is. Is what it tells real or fictional? Some of it sounds too far-fetched or even impossible.

One of the most memorable stories that Wohlleben tells is how he found in a wood a moss-covered stump. It belonged to a large ancient tree that was felled four or five hundred years ago.

After some investigation he realized with astonishment that the stump was alive. Its wood was not rotten and the tissues were those of a living tree. Since a tree cannot survive without leaves that synthesize its food, he had to conclude that the remains were kept alive in some other way.

The only way this could have happened was through the assistance of the neighbouring trees. Apparently the surrounding beeches were pumping sugar to the stump to keep it alive.

Wohlleben reports that he observed such living stumps of different tree species repeatedly. He does not know why trees do this, though the term that he uses to describe such a relationship is ‘friendship’.

When I studied biology at school the emphasis was always on competition in the natural world. It was presented as a driving force of evolution, and very little was said about cooperation.

Yet, as Wohlleben points out, scientists know that most plants, growing in the same area, are connected through their root systems. This leads to a conclusion that forests are superorganisms.

Trees are social beings that support their own species and sometimes even their competitors. They feed as a group passing nutrients to weaker members, so that all are successful. They also ‘talk’ by transmitting chemical signals and warning one another of dangers, such as insect attacks.

This ‘social security’ driven community is interested in keeping every member around for as long as possible. This is because every member has a role in the food and communication network. So the trees are even reluctant to abandon their dead. As Wohlleben acknowledges, however, most stumps die and rot away within a couple of years. Only a few individuals are kept alive for centuries.

Wohlleben comments that trees may have some kind of a ‘class’ system. Or perhaps it is better described as a degree of connectedness, or may be even ‘affection’ between them and their colleagues.

Wohlleben also observes that friendships that extend to looking after stumps can only be established in undisturbed forests. Unfortunately, planted forests, where roots are fatally damaged at planting, are ‘street kids’ generally incapable of such behaviour.

Trees and fungi – the ‘forest internet’

Wohlleben also explains that it is not only the roots that link trees together. Trees are assisted by fungi that act rather like the ‘forest internet’.

Trees enter in partnerships with different fungi species by allowing fungal threads to grow into their roots. And as a result they vastly extend their social network.

Fungi demand a payment for their services in the form of sugar and other carbohydrates. This payment can be exceptionally high – up to a third of the trees’ total food production. But the services fungi provide must be extremely valuable to trees – the vast underground networks of fungi are used by trees as supply and communication systems.

Another example of cooperation that Wohlleben gives is seed production. Deciduous trees do not bloom every year. And before they do, they agree among themselves when this should happen. They prefer to bloom at the same time so that genes of individual trees can be well mixed.

Beeches and oaks also have another factor to consider – wild boar and deer are extremely partial to beechnuts and acorns. They can devour the whole crop. But if trees don’t flower each year, animals can’t count on them and lack a reliable source of food in winter.

By putting bloom on hold for 3-5 years trees are able to keep populations of animals in check. As a result, when they finally bloom together, herbivores cannot demolish everything, and many seeds survive and sprout. The traditional term describing years when beeches and oaks bloom is ‘mast years’.

At many points in the book Wohlleben asks whether trees are sentient beings. Do they have emotions, memory and ability to think? Can they learn and therefore store experiences? And he gives evidence suggesting that they can.

For example, he points out that roots are the most vital and long-lasting part of a tree. They are also the part where the tree equivalent of brain is located.

Root network is in charge of all chemical activity in a tree. If a root encounters toxic substances or a barrier, it analyses the situation and transmits a signal to the growing tip. As a result the root tip changes direction.

Wohlleben admits that many researchers are sceptical about tree intelligence. They are worried that such a concept would blur the boundaries between plants and animals. For him, however, this distinction is arbitrary.

The only difference between plants and animals, in Wohlleben’s view, is the amount of time it takes to process information and translate it into action. He asks, does this means that beings that live life in a slow lane are automatically less valuable than those that live in the fast track?

Can trees see and count? Do they have a sense of time?

Wohlleben’s other observation in ‘The Hidden Life of Trees’ is that trees are complex organisms that seem to have a sense of time. They drop leaves in autumn and leaf out in spring. We take this for granted, but how do they know when to resume their growth?

Counterintuitively, the warmer the preceding winter, the later the leaves unfurl. Warm spells in January and February do not provoke trees to restart their growth.

It seems that they wait until a certain number of warm days have passed. Does this mean that they can count?

In addition, beeches do not start growing until it is light for at least thirteen hours a day. But to do this they must have some ability to ‘see’ even when they don’t have leaves.

Trees – gift of nature we know little about

Wohlleben also points out how little we know about trees. There is, for example, no clear explanation of how water makes its way up from the soil and into the tree’s leaves.

The water pressure in trees is highest in spring shortly before the leaves open up. At this time of year it shoots up the trunks with enormous force, and this phenomenon is used to harvest syrup from maple trees.

Yet what drives the water up is difficult to explain. Physical processes, such as capillary action, are not powerful enough to create the necessary pressure. Wohlleben concludes that we simply don’t know.

The whole book is a reflection on how poorly we understand the natural world. And this includes even those parts of it that surround us in everyday life.

As Wohlleben points out, he tells about what he discovered just by stepping outside his back door. And he encourages us to look at trees in areas where we live.

He also comments that when he started his career as a professional forester, he knew about the hidden life of trees ‘as much as a butcher knows about emotional life of animals’ (p. xiii).

He observes that modern forestry industry is geared to produce lumber. Thus we see forests as objects of exploitation, or even worse, of destruction, when they stand in the way of our other industries.

Trees: gift of nature that heals and protects

The book also reveals how much we benefit from trees. Thus forest air is the epitome of healthy air. Trees act as huge air filters, because their leaves and needles catch particles as they float by, including pollutants, pollen and dust.

Trees also produce chemical substances and pump them into the air. These substances are used to communicate, to deter enemies and to clean the air. As Wohlleben observes, the air in coniferous forests is effectively germ-free.

In one experiment scientists have been tracking older women as they walked through forests and urban areas. When they were walking through forests, their blood pressure, lung capacity and the elasticity of their arteries improved. But an excursion into town had no such effect.

Wohlleben rightly points out that the message of his book applies to forests and woodland all around the world. When the capabilities of vegetable beings become known, and their emotional lives and needs are recognized, then the way we treat plants will gradually change.

At present we need to be aware how much we depend on them and look to establish a cooperative rather than exploitative relationship with them.

Posts related to ‘Peter Wohlleben, ‘The Hidden Life of Trees’: a Review’

Pin ‘Peter Wohlleben, ‘The Hidden Life of Trees’: a Review’ for later