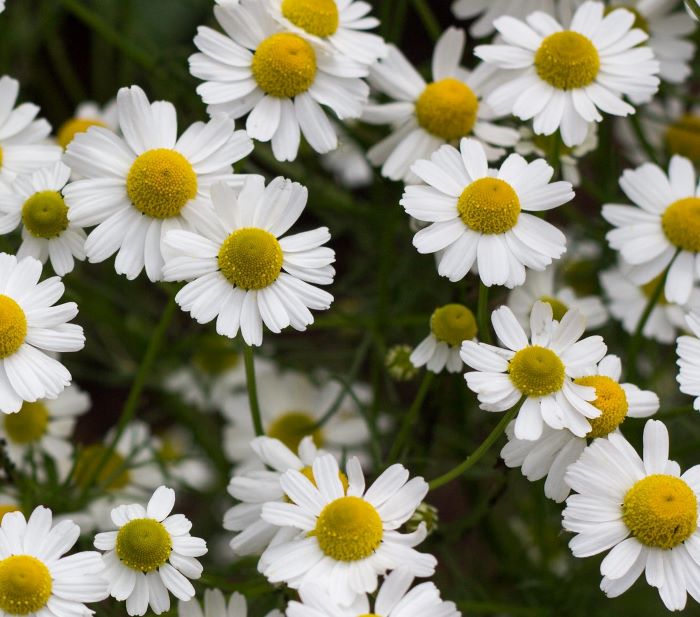 Shampoo is a modern invention and is certainly not indispensable. In the past men and women used what we now call shampoo alternatives, and judging by old photographs had excellent hair.

There are indeed good natural treatments that avoid many of the problems of commercially produced shampoos, such as the use of harmful chemicals and the long-term damage to hair. These treatments can be pleasant to use, easy to make at home and inexpensive. Without any doubt they make the hair shinier, healthier and stronger. It is therefore worth exploring these treatments, and sharing the recipes and experience of using them.

A brief history of shampoo

The word ‘shampoo’ entered English in the late 18th century and is probably a borrowing from Hindi. Its original meaning was to ‘massage’. It became more common and acquired its modern meaning in the 19th century when washing hair with water became popular.

Before the 19th century washing hair with water was considered unhealthy. The cleanness of hair was highly valued by the upper classes, but the main method of achieving it was brushing hair with various powders and ointments. 18th century medical books recommend brushing hair thoroughly in the morning and evening to remove dust and dirt. The substances that were used in combination with brushing included vinegar, lard, floral waters and ointments made with vegetable and animal fats.

Books from the first half of the 19th century already recommend washing hair with water relatively frequently, for example, every two weeks in the summer and once a month in winter. Late 19th-century shampoos were in the form of liquids, creams and powers that were applied to hair and washed off with water. Sometimes soap was used, but it was not an indispensable part of hair washing.

Moreover, the 18th century tradition of applying a cleaning treatment to the scalp and hair, and then removing it with a bush or sponge, without water, continued. In the 1890s treatments that included petroleum became popular. Needless to say they were highly flammable and dangerous, in spite of all precautions. Since fire was used by hairdressers in fireplaces, lamps and to heat curling tongs, deadly accidents were inevitable. They happened even though fire in lamps and other appliances was carefully extinguished when petroleum was used.

Fortunately such accidents were rare, but when they happened, they were widely publicised by the press and investigated by authorities, particularly since the victims were usually wealthy. A well known case that received a lot of press coverage was the death of 37-year old mother Fanny Samuelson in London in 1897. Her tragic story contributed to the prohibition on the use of petroleum-based hair products in England 10 years later.

Hair care of a 19th-century beauty

A 19th-century beauty famous for her magnificent hair was Elisabeth, Empress of Austria, wife of Franz Joseph I, known as ‘Sisi’ to her family. An exceptionally beautiful woman, she took meticulous care of her appearance, including her thick, knee-long hair.

It was washed once every three weeks with a mixture of egg and cognac. Elisabeth then dried it by walking for hours in the palace gallery, wearing a specially made cloak to protect her clothes from moisture. Her hair was then carefully brushed by her expert hair dresser, Franziska Feifalik. The procedure took the whole day, but it seems it was worth it.

The method clearly worked and produced the desired results. The Empress preserved her beauty until her tragic death in 1989 and was known for elaborate braided hair styles, decorated with jewels. Ladies of the court tried to imitate her coiffures, but they did not have the same voluminous hair or a dedicated hairdresser with the same level of skill. It is worth trying Elisabeth’s method of washing hair – see a recipe below.

Egg contains lecithin, vitamins and natural oils and is one of the best natural treatments for hair. It removes grease very effectively, leaving the hair shiny and with a lot of volume.

Recipes that include egg white and alcohol are better for normal and oily hair – their presence makes the mixture more drying. And on the contrary, recipes that contain egg yolk, rye bread and yoghurt are very gentle and great for dry hair.

The recipes do not require many eggs – one egg is enough for short or medium hair. My hair is now very long (due to multiple lockdowns and hairdressers being closed), and so I use two eggs in the recipes below which is sufficient.

Break 1-2 eggs and separate yolks and whites. Reserve the whites for cooking.

Put yolks in a mug, add a teaspoon of liquid honey. Whip lightly with a fork and apply to hair. Leave for at least a few minutes, but the longer, the better. The treatment can be used while having a bath, for example.

Break 1-2 eggs and separate yolks and whites. Reserve the whites for cooking.

Put yolks in a mug and add a teaspoon of cognac. Whip lightly with a fork and apply to hair. Leave for at least a few minutes and wash off.

This is a lovely recipe that was, as mentioned already, used by aristocratic 19th-century women. Women in villages used just egg yolks, followed by a camomile rinse, described below. The smell of egg and congac is absolutely lovely and persists after the mixture has been washed off. Due to the presence of alcohol, however, this wash is more drying than egg yolk on its own. Therefore reduce the quantity of cognac to half a teaspoon, if necessary.

Whip two egg whites to foam. Apply the foam to hair and scalp. Leave until dry. Wash off and then wash hair again with a hair soap bar.

Shampoo alternatives for a busy person

1. Break 1-2 eggs and separate yolks and whites. Reserve the whites for cooking.

Put the yolks in a mug, add a little cold water and whip with a fork. Use to wash hair in the same way as shampoo. This is the simplest version of the egg recipe for busy times. In spite of its simplicity, it is great for hair.

2. Break 1 eggs in a mug. Whip lightly with a fork. Apply the mixture to hair, leave for 2-5 minutes and wash off.

Bread contains natural oils and B group vitamins, and is highly beneficial for hair. It nourishes it, makes it more manageable and restores its moisture and elasticity.

Important: Do not use wheat bread, or bread made from other flours that contain a lot of gluten. It will be very difficult to wash it off.

Cut 2-3 slices of rye bread. Remove the crust. Put in a bowl and add hot, but not boiling water. Mix well and leave for several hours. The mixture should have a porridge-like consistency.

Warm the mixture up, if necessary, and apply to wet, towel dried the hair – this will make it easier to wash the mixture off later. Leave for 15 minutes and rinse.  When washing the mixture off, rinse the hair in a wash basin first to prevent it from clogging the drain.

Dissolve rye bread in hot water, as described above. When the mixture cools, add one egg yolk and mix well.

Whip an egg white. Add a lump of fresh yeast about the size of a walnut. Mix well and apply to hair. Leave until dry and wash off. Wash the hair again with a hair soap bar.

Be somewhat careful with herbal infusions, because several of them can act as hair dyes. Though the tint they give is usually very subtle, it may still be undesirable, as noted in recipes below. For the same reason don’t use white towels when washing hair with herbal rinses. Herbal dyes are very stable and can be difficult to wash out.

1. Add 1 teaspoon of lemon juice to 1 litre of water. Slightly acidic hair washes help to remove build-up on hair from cosmetic products and hard water, restore shine and stimulate the scalp. This rinse is colourless and so will not alter the colour of dyed hair.

2. Add 1 teaspoon of apple, cider or white wine vinegar to 1 litre of water.

Rinse hair with strong black tea. It is particularly good for oily hair as it reduces oiliness. It also gives the hair a beautiful shine and a subtle tint. Since it acts as a dye, it is not suitable for ‘platinum’ blonds.

Camomile is an ancient cosmetic remedy for hair. It helps to relieve an irritated scalp, nourishes hair, improves its structure and restores shine to dull looking hair. It also gives the hair a golden tint, and so may not be suitable for very light blonds.

Instead of camomile use two tablespoons of dry nettle. Nettle is another ancient cosmetic remedy for hair. It is one of the most effective herbal treatments for hair loss, and there are many recipes for nettle-based hair loss treatments. Nettle is particularly good for oily hair, as it helps to normalise oil secretion.

Nettle infusion, however, is dark, almost black, and is therefore best for dark hair.

Shampoo-free treatment for all hair types

Apply kefir or yoghurt to hair and scalp. If used straight out of the fridge, warm in slightly. Use fat-free yoghurt for oily hair, low-fat for normal hair, and full-fat yoghurt for dry hair.

Put on a shower cap or cover hair with a towel, and leave for up to 2 hours. Wash hair with an egg or egg yolk. Rinse with a camomile infusion if your hair is blond, or nettle infusion if it is dark.

If the hair remains oily after the treatment, use hair soap bar instead of egg yolk.

Sadly widely used shampoos, particularly the cheaper versions, are not always good for hair, your health or the environment.

1. They contain chemicals that improve the appearance of hair initially, but are detrimental for it long term. An example of such chemicals are silicones. They coat the hair and make it shinier, more manageable and easier to brush, but in time they accumulate on the hair shaft, and it looses its elasticity and breaks. This makes frequent haircuts unavoidable.

It is not easy to find a shampoo without silicones, particularly an inexpensive variety. They are certainly a small minority, and you may have very little choice and be limited to one or two brands.

It is also not easy to identify which shampoos do not contain silicones. One either has to spend a lot of time doing research online, or try to read long lists of ingredients in a shop. These are usually hidden away and are in a tiny font. Even after reading them carefully, it is difficult to be sure that the shampoo does not contain undesirable ingredients, because of the impenetrable terminology used in such lists.

2. Commercially produced shampoos may contain ingredients that are believed by some to be harmful to human health. This is particularly true of chemicals where a link to cancer is either known or suspected, such as parabens and emulsifiers DEA and TEA.

3. Some of these ingredients are damaging to the environment and cause cancer in animals. And of course plastic bottles create harmful waste.

So there are many good reasons to try alternatives to commercially produced shampoos. Even of you don’t use them every time, you may enjoy using them occasionally.

Posts related to ‘Natural Shampoo Alternatives: Now and in the Past’

Pin ‘Natural Shampoo Alternatives: Now and in the Past’ for later