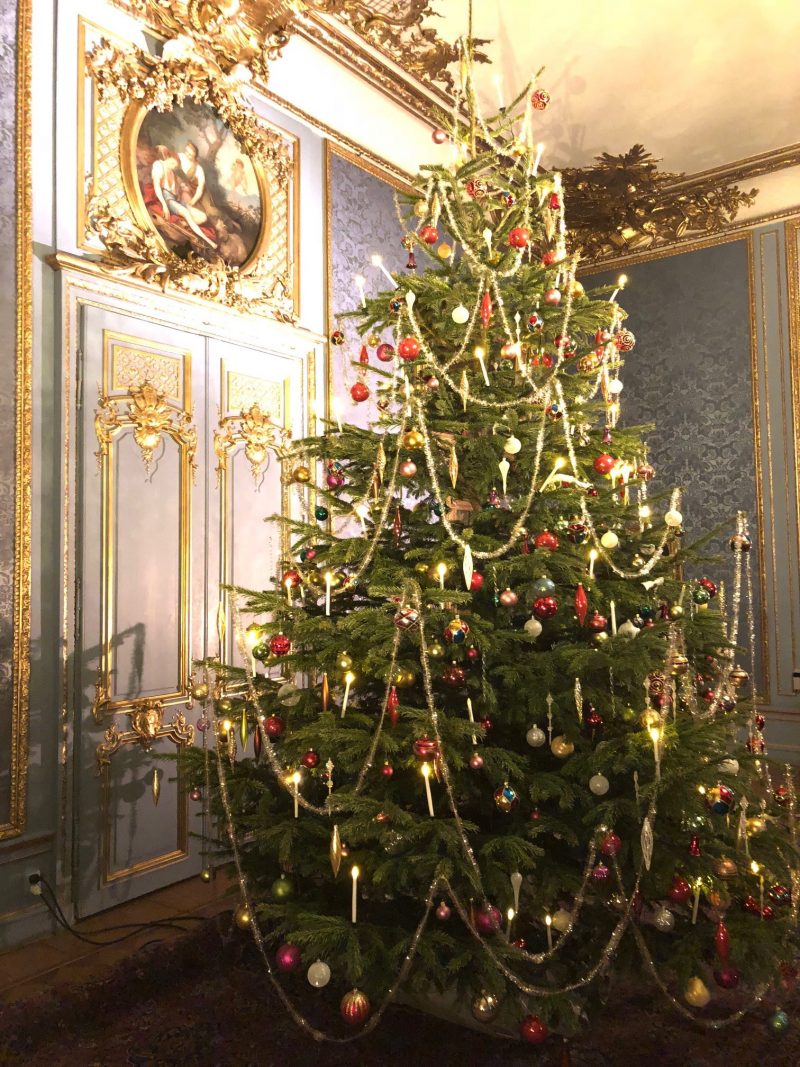 Much is unclear about the origin of the Christmas tree. But it seems to have emerged at a meeting point of two traditions: pagan winter solstice celebrations and medieval Christian ritual. Below I explain what we know about this ancient custom.

Christmas is celebrated at a very special time of the year – it is close to the winter solstice, the day with the shortest period of daylight and the longest night of the year. After the winter solstice the days gradually become longer. It is a seasonal shift that was celebrated in different cultures around the world for millennia. It symbolized the rebirth of light, of the Sun, and the beginning of a new agricultural season.

The symbolism of light is generally very characteristic of winter festivals. This can be seen in the use of bonfires and candles, and in such traditions such as a Yule log, advent candles and the star in the Nativity story.

Jewish Hanukkah, known as the Festival of Lights, occurs over eight nights in late November or early December. During this period a candle is lit each evening in a menorah. The feast of St Lucy in Norway and Sweden honours a Christian martyr whose name translates as ‘light’.

Christmas tree and the Tree of Paradise

We know very little for certain about the origin of the custom of decorating a tree at Christmas. Scholars believe that one of the sources of such traditions were popular theatrical performances at Christmas. They communicated biblical stories to illiterate people.

Such educational religious plays were performed on the 24th of December which was the feast of Adam and Eve in the medieval Christian church. Because of this some plays included a representation of the Tree of Knowledge growing in Paradise. According to the Book of Genesis (chapters 2-3), Adam and Eve ate the fruit of this tree, violating God’s prohibition. As a result became mortal and were expelled from Paradise.

In the Middle Ages a tree symbolized humanity’s downfall, but also the Cross on which Christ was crucified, and therefore salvation. Trees used as props in religious plays were decorated with apples, representing the forbidden fruit, but also with wafers that symbolized the Eucharistic host.

The plays were usually sponsored by merchants’ guilds, that were responsible for building and maintaining mobile stages on which performances took place. The guilds may therefore have contributed to decorated trees becoming a public symbol in their own right.

Possibly the earliest mention of anything like the modern Christmas tree is a reference in a medieval document to a tree decorated with apples, wafers, gingerbread and tinsel. It was seen by bakers’ apprentices in 1415 in the Hospital of the Holy Spirit in Freiburg. The tree was apparently sponsored by the bakers’ guild. There are other references to trees installed by guilds in public places in Germany, Latvia and Estonia in the 15th and 16th centuries. Thus, Strasbourg cathedral displayed a fir tree at Christmas in 1539.

Decorated trees at home and upside down trees

The earliest evidence of decorated trees at home also goes back to the 16th century. In German-speaking Alsace decrees were issued regulating the cutting down of pine trees by citizens at Christmas. This suggests that it was becoming a popular custom.

There are references to fir trees decorated with paper roses, apples, flat wafers, candies, sugar figurines and dolls in Strasbourg in the 16th and 17th centuries. There are also mentions of decorated treetops hung from the ceiling rafters, sometimes upside down, in the houses in Germany from the 17th to the early 19th century. Trees positioned in this way took no floor space and were safely out of reach of domestic animals and small children.

The tradition of Christmas trees at home became more fully established in the 18th century. Trees were decorated with food and other gifts, and unveiled with candlelight in the presence of children on Christmas Eve.

The first ever Christmas tree in England seems to have been set up by Hanoverian Queen Charlotte, the wife of George III, at Windsor Castle in 1800. It was decorated with sweets, almonds and raisins wrapped in paper, fruit, toys and small wax candles.

Queen Victoria and her German husband Prince Albert helped to disseminate the tradition by having a tree in Windsor castle. They also sponsored trees for military barracks, schools, and hospitals around the country.

The earliest adopters of the Christmas tree tradition were the aristocracy and wealthy middle class families living in urban, rather than rural areas. From the very beginning therefore, a Christmas tree represented nostalgia for nature, rural life, tradition, authenticity and the past.

In the 19th century a Christmas tree became a widely recognized symbol of family life, childhood, harmony, unity, intimacy and domesticity. Until the 20th century, however, it was a status symbol reserved to those in possession of wealth and security. Only in the 20th century with increased wealth and commercialization of Christmas it became more widely available.

Early Christmas tree decorations were home-made and included various types of cookies, shortbread and gingerbread. Apples and oranges, as well as nuts, either gilded or wrapped in gold, silver and coloured paper, were also popular. Equally common were candy, sugar confections and chrystalized fruit.

Edible decorations were eaten between Christmas and Epiphany, observed on the 6th of January. Epiphany means ‘revelation’ in Greek and evokes a moment when new born Christ was revealed to the wider world.

In many countries of medieval Europe Epiphany celebrated the visit of the Magi, the wise men ‘from the east’, mentioned in the gospels. They came to Christ’s birthplace in Bethlehem with their ‘gifts of gold and of frankincense and of myrrh’. In some cultures, such as Spain and Latin America, gift-giving traditionally occurs on Epiphany rather than on Christmas. There are also special festive dishes served on this day.

As Christmas was becoming more popular in the 19th century, commercially made decoration became available. They included stars, crosses, and flowers from tin and lead, wax figurines, silver and lead foil tinsel.

Also popular in the 19th and early 20th centuries were embossed cardboard images, known as ‘Dresden’ ornaments. They were three-dimensional representations of animals, trees and household objects, decorated with coloured paint on a silver background. Glass decorations were first made in Germany and became popular by the 1860s. The first electric lights appeared on a tree in 1880s.

The influential ecological movement in the later 20th and 21st centuries drew attention to beneficial awareness of the natural seasonal cycles and events such as the winter solstice. In addition to its profound religious meaning, Christmas once again starts to represent for many a connection to nature and traditions of pre-modern and pre-industiral age.

Books about the origin of the Christmas tree