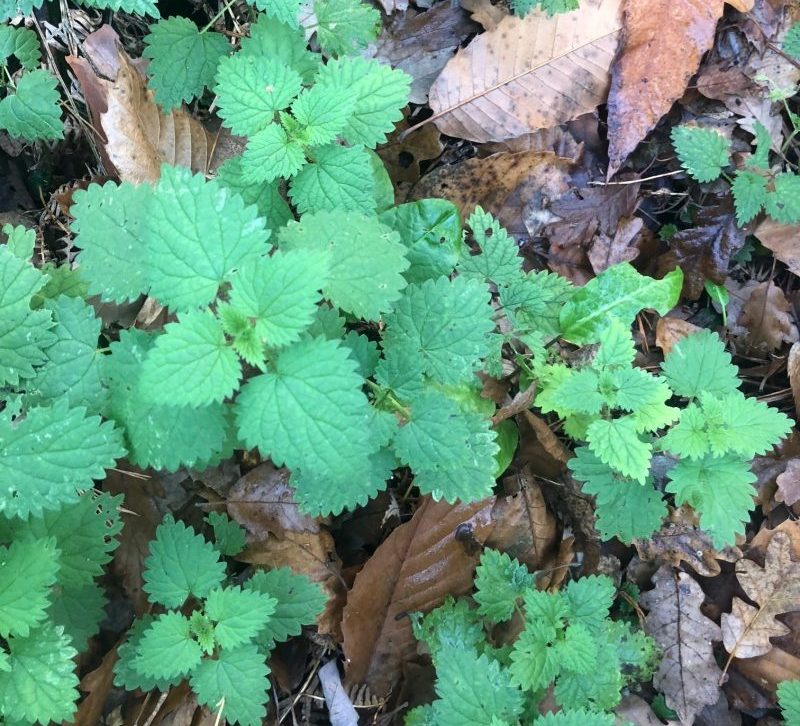 In the past stinging nettles (Urtica dioica) were not only collected in the wild for food, but grown in vegetable gardens and even in cold frames to get young leaves as early as possible. 19th-century gardening manuals recommend growing nettles as an excellent spinach-like vegetable. Nettle’s extremely varied vitamin and mineral content, as well as an unusually high protein content (up to 25% of its dry weight), entirely justify its reputation as superfood.

Nettle is rich in iron and therefore has been traditionally used as an effective treatment for anemia. Powdered dry leaves were mixed with honey and a teaspoon of mixture taken several times a day.

Nettles are undoubtedly at their best in early spring, but they are available through much of the year. Since nettles are hardy and easily survive light frost, it is possible to find young plants growing even in late November.

Nettles don’t cost anything and do not require effort involved in growing your own vegetables. They are easy to collect (as long as you have gloves!) and very difficult to confuse with other plants. They are also entirely organic, as long as they are collected away from agricultural fields and busy roads. They are of course also local and seasonal.

There are very many traditional and new recipes involving nettles, because for a very long time they have been an important part of many national cuisines. Tops of young plants, collected before flowering, can be used in most dishes as an alternative to spinach or young cabbage.

Here are some simple and interesting recipes to try.

To make a dressing: grind walnuts (or crush in a mortar); mix in nettle stock and vinegar.

Combine the dressing with nettles.

Put nettles in boiling water and cook for 3min, drain, cool and chop.

To make a dressing: mix olive oil and lemon juice.

Combine all the ingredients and add the dressing.

Blend all the ingredients in a blender.

Put nettle tops in boiling water and cook for 1min.

Cool and puree in a blender.

Rub together flour and butter, and add nettle stock to bring to the consistency of thick cream.

Add pureed nettles, bring to boil and cook for 5min.

Put nettle tops in boiling water for 1min, drain and immediately put in water with ice.

Melt butter in a pan, add garlic and shallots, and cook gently for 10 minutes.

Add nettles to the pan with cooked garlic and shallots, and heat. Add cream, salt and pepper.

Cool the mixture and puree in a blender.

Cook pasta in salted water according to instructions and drain.

Add the sauce and combine it with pasta.

Put pasta on heated plates and put a raw egg yolk on top of each portion.

Chop the onion and cook in olive oil until soft.

Combine eggs, milk, salt and pepper, and whip lightly with a fork.

Add the egg mixture to the pan with nettles. Cook until set, but soft.

Put on a serving plate, cut into portions and serve with sour cream in a separate bowl to be added to taste.

Who should avoid eating nettles

Nettles should not be consumed in pregnancy, by people with high blood pressure, those with a tendency to blood clotting, and those with conditions causing abnormal uterine bleeding. This is because nettles have strong blood-clotting properties. In the past they were used to stop bleeding and to heal wounds.

Like many plants, including parsley and celery, nettle temporarily increases sensitivity to sun, so in the summer it is best to wear a sunscreen.

Image credits: ‘another great spring vegetable’ (nettles in a colander) by benketaro.

Posts related to ‘Cooking with Nettles’

Chickweed: A Weed or a Delicious Salad Crop?