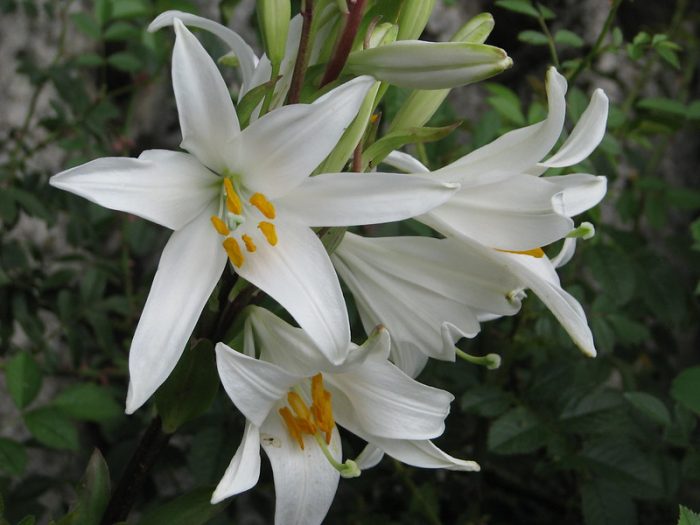 As a historian, I am interested in pre-modern sources describing all aspects of human life, including health and beauty. Many medical and cosmetic recipes I come accross in 18th- and 19th-century books look sensible, and some are genuinely promissing. In this post, therefore, I’d like to share two old recipes for anti-aging cosmatics that I think are worth trying. Before I do this, however, I need to explain some difficulties of adapting traditional recipes for modern use.

There are medieval texts containing medical and cosmetic recipes, and much more material is available from the 17th– to the 19th centuries. Whereas medieval recipes are usually just lists of ingredients and can be difficult to interpret, the recipes from the 17thcentury onwards tend to be more detailed and easier to understand. Not all of them, however, can be adapted for use today for the following reasons:

Some contain ingredients that no longer exist today. Thus, many lotions and creams up to the early 20th century contained spermaceti, an oil-rich waxy substance found in the head cavities of the sperm whale. When the whale hunting industry reached a peak of its development in the 18th and 19th centuries, spermaceti was widely used in cosmetics, in making candles, in leather production and several other trades. Now, however, the sperm whale is absolutely rightly a protected species.

Some recommended ingredients are too harsh or even dangerous. Pre-modern recipes were by no means all herbal and occasionally included harsh chemicals and components believed to be toxic today. An example of this is lead that was used in make-up to make the skin appear whiter, or highly caustic quicklime (calcium oxide) that was once used for hair removal.

Some ingredients are too exotic and would not be a practical option for many today. For example, if a recipe says ‘take May milk from a black cow’, most of us would have to give up. Using milk produced in May may appear to be a superfluous requirement, perhaps even originating in some superstition, but it is almost certainly there for a reason.

Different plants are available to cows at different times during spring and summer, and this affects the properties of milk. Milk produced in May, when most plants are at the peak of their growth, is very different from milk produced at other times, and is almost certainly more medicinal. I therefore understand the rationale behind this requirement, yet finding May milk would be a huge challange.

Some recipes are complex and require special equipment and skills, such as the distillation equipment. They were aimed primarily at pharmacists and are not something we can easily make part of our busy lives.

In spite of such difficulties, I am enormously interesting in what people used in the past, before the development of industrial chemistry when many natural ingredients were abandoned in favour of synthetic alternatives. People were closer to nature then, relied on natural ingredients and had more experience of using them, often passed from one generation to another. Some recipes are very sophisticated and display the knowledge of natural ingredients that we no longer have (such as the properties of milk produced in May in the example above).

I found recipes given below in a 19th-century book on cosmetics. They are simple and do not require any special equipment. The ingredients are not difficult to get hold of, are all natural and most are even edible, and therefore entirely safe.

– 1 ounce of juice from the bulbs of white lilies. This is the Madonna lily (Lilium candidum), a popular decorative plant that many of us (me included) grow in our gardens. The bulbs are sold in garden centres in spring and autumn.

Extracts from the flowers and bulbs of the Madonna lily are manufactured commercially and used in modern cosmetics due to their antimicrobial, antioxidant, moisturising, and skin protecting qualities. The lily stimulates cell renewal and has anti-inflammatory properties that help to reduce redness. The extracts are also used to lower the volume of under-eye bags and lighten the colour of the dark circles around the eyes.

– 1 ounce of organic, raw unheated honey (ideally produced without pesticides and fungicides; this is unfortunately not very easy to find, but an example is given in a link)

– 1 ounce of cosmetics-grade white wax (available from health stores and many online suppliers).

All the ingredients are the same amount in weight, so a measure other than 1 ounce of each can be used. Lily bulbs are made of fleshy scales and juice can be extracted using a good quality juicer.

Melt the wax, then add all other ingredients and mix.

Apply to skin before bed and leave over night. In the morning wipe off any excess with a face cloth. Keep refrigerated.

– some white bread (the recipe does not say how much – it depends on how liquid is the cream; start with a small amount)

Finely grind the almonds. Add cream and bread and rub together. Add egg yolks and mix.

Put in a pan and cook on gentle heat until the mixture thickens. If desired, add 1-2 drops of essential oil for scent.

Apply to hands every day – they will become white and soft. The cream can last for a month in the fridge without going bad.

For other herbal anti-aging recipes see the nettle face mask and elecampane oil in my earlier posts.