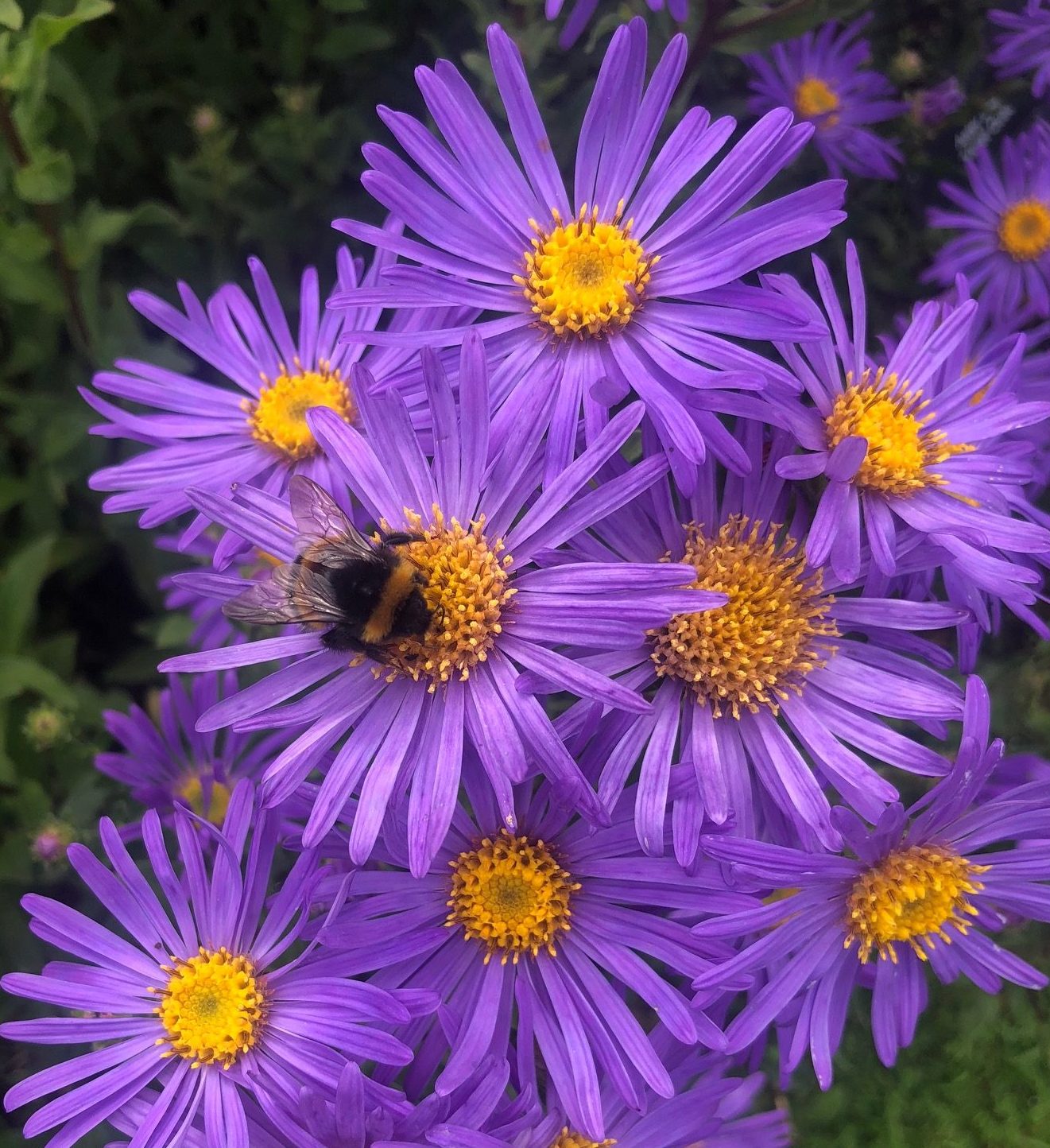 Pollen is essential for plants’ reproduction, but it is also an important food source for bees and other insects. As everywhere in nature, there is a collaboration of species and a mutually beneficial exchange: insects feed on pollen and in turn ensure that plants reproduce successfully.

Pollen is a fine powdery substance made up of microspores. It is produced in pollen sacks attached to flowers’ stamens. When pollen ripens and is ready to be used to fertilize a flower, it is released from pollen sacks.

It then needs to be transported to the stigma of a compatible flower. And it is carried there either by the wind, or by insects.

Spreading the pollen: insects and wind

Flowers that rely on insects to spread their pollen attract them by producing nectar. But pollen itself is an essential food and a lure for insects. Some plants, including dog rose and elder, make very little or no nectar, but are nevertheless pollinated by insects that are attracted by their pollen.

Yet other plants are pollinated by wind and therefore produce no nectar. They make, however, large quantities of pollen and are therefore also an excellent food source for insects.

Many trees belong to the last two groups, including willow, poplar, beech, oak, birch and hazel. They flower in early spring and are much visited by bees for their pollen, rather than nectar.

Most grasses and cereal crops, such as wheat or barley, are pollinated by wind and produce masses of pollen in spring and early summer. Bees visit them as well and collect their pollen.

Pollen as food for bees

Whereas nectar provides insects with water and sugars, pollen offers them protein and fats. It is eaten by adult bees, but most importantly it is used by them as a protein-rich feed for their young. Bees therefore need a constant supply of pollen throughout the season when they are active, most commonly from March to September.

It has been estimated that a normal-size colony consumes and stores 20kg of pollen in one season. If there is a shortage of pollen at any point during spring and summer, the queen will stop laying eggs and the colony will shrink. At the same time adult bees will suffer and may eventually die from starvation, even if nectar is plentiful.

The death of a colony from the lack of pollen in the summer is of course an extreme outcome and is unlikely. However, if the colony cannot expand in spring because it cannot feed its young, it will not be able to produce enough honey and may starve in winter.

How do bees collect pollen?

When bees visit flowers, pollen grains stick to their furry bodies. Bees then use their legs to transfer grains to ‘pollen baskets’, special cavities on their legs. It is difficult to see them doing this because their movement is very fast – too fast for a human eye.

However, one can see the results of this work when observing bees closely – the ‘baskets’ filled with pollen are very noticeable on their hind legs.

Bees bring the pollen to their nests and store it in combs together with honey.

Areas that don’t have many flowering plants, can have a shortage of pollen. And such a shortage is particularly detrimental in spring. As mentioned already, if it happens, the spring growth of a bee colony slows down, because the queen lays fewer eggs. The colony therefore may not reach the right size by the time flowers become abundant, and fail to make enough honey to survive the winter.

To ensure that bees continue to rear their young, some beekeepers feed them with flour as a substitute for pollen. There is, however, no good alternative to pollen. Flour is only a poor surrogate, even if it can help temporarily.

As Les Crowder points out in his book Top-Bar Beekeeping, the use of pollen substitutes is not recommended in organic beekeeping. It is used primarily to achieve artificial expansion of a colony in areas that do not have enough plant life to support bees.

Pollen through the year

In spring trees are the main source of pollen for insects. Hazel is usually the first to flower. In some areas it provides food for pollinators already in January. Some early flowers, including snowdrops and crocuses, are also excellent sources of pollen.

Evergreen trees, such as pine and spruce, produce a large quantity of pollen in spring. In May the air in the woods where they grow is saturated with pollen particles. Bees collect pine pollen, if neccessary, but they prefer more nutritious pollen of flowering spring plants, such as apples, cherries, pears, plums and dandelions.

When trees stop flowering, pollen can become scarce. This most commonly happens in June before various mid-summer plants start to bloom.

Some of the most important summer flowering plants that produce large quantities of pollen (as well in many cases nectar) are cornflower, phacelia, wild mustard, white clover, lime tree, burdock, various flowering thistles, and numerous grasses.

Many agricultural plants are excellent sources of pollen, as long as they have not been sprayed with harmful chemicals. They include oil rape in April, wind-pollinated wheat and other cereals in June, wind-pollinated sweetcorn in July, sunflower in July and August, and all kinds of pumpkins, squashes and cucumbers throughout the summer.

The colours of pollen

Pollen comes in numerous shades of yellow, orange, red, green and blue. These variations of colour are easy to see when watching bees. ‘Pollen baskets’ on their legs can look very different depending on the plant from which the pollen was collected.

Pollen and the behaviour of bees

There is an interesting difference in the texture of the pollen made by plants and correspondingly in the behaviour of bees.

The pollen of plants pollinated by insects (willow, sunflower, dandelion, pumpkin, cucumber) is heavy and sticky in order to adhere to their bodies. And on the contrary, the pollen of wind-pollinated plants (hazel, birch and grasses) is very light and dry in order to be able to fly easily.

Bees adjust their behaviour when visiting different flowers. They shake the flowers with sticky pollen and even roll in them, to ensure that it adheres to their bodies and can be then collected into pouches on their legs. And on the contrary, they touch wind-pollinated flowers very delicately and gently to prevent the pollen from spilling out and dispersing.

In the summer I regularly see bumble bees crawling out of large pumpkin flowers entirely covered with bright yellow pollen. It is glorious sight – but unfortunately, I usually don’t have my camera at hand at the right moment.

Some of the most inconspicuous and humble plants are valuable sources of pollen. We usually don’t think of them as pollinator-friendly flowers, but they certainly are. They include sorrel, stinging nettles and fat-hen (Chenopodium album), for example.

These plants are pollinated by wind and therefore have small, dull, pale green flowers, devoid of any scent. They produce huge amount of pollen and are therefore very useful for insects and beekeeping.

Fat-hen, for example, is an edible plant that can be used like spinach. It often sprouts in fields and vegetable gardens in late August and September after the crops have been harvested. Its tiny green flowers produce masses of pollen at the time when it is scarce.

Posts related to ‘What is Pollen: Basics for a Bee-Lover’

Lemon Balm or Melissa – What does it Do for Bees?

Pin ‘What is Pollen: Basics for a Bee-Lover’ for later