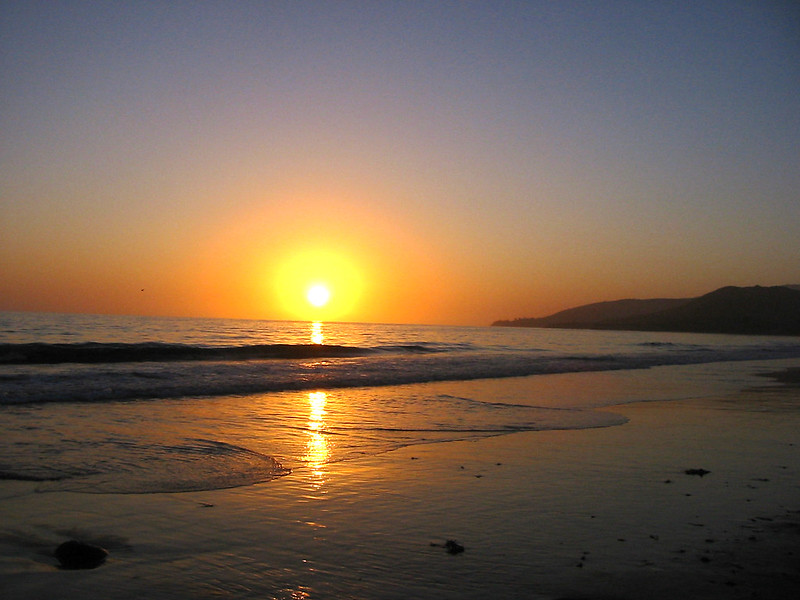 The myth about the golden apples of Hesperides is a beautiful and mysterious story. Where else can you find such an arresting poetic image as a magical garden at the edge of the world in the extreme west? It is said to be ‘beyond glorious Ocean’, in the frontier land towards Night. And where else can you find ‘clear-voiced’ goddesses of the evening and sunset, an embodiment of the West? It is simply amazing and below I tell the story.

About myths in general

Plants and gardens often feature in myths – ancient stories that try to answer the most fundamental questions about the world. For example, how did the world came to be? What is its origin? Who are its inhabitants now and who were they in the past? How is it governed, and what will happen to it in future?

Myths reflect, often in a symbolic form, perceptions and beliefs of ancient peoples. They therefore can tell us what they valued and how they understood the world.

Many ancient Greek myths are preserved in their earliest form in the works of the poet Hesiod. He lived between 750 and 650 BCE, approximately at the same time as Homer, the author of the poems Illiad and Odyssey. This is a very distant past, and the stories that Hesiod tells are of immense antiquity.

Hesiod’s poem Theogony is a major source of our knowledge about ancient Greek religion. It is an account of myths about the origin of the world and the gods, and gods’ relationships between themselves and with humanity.

Theogony tells some of the best known and most fascinating myths, such as the story of Prometheus who stole the fire from the gods and gave it to humans. Perhaps not surprisingly a plant features in this myth as well. According to Hesiod, in order to take the fire secretly from heaven to earth, Prometheus hid it in a hollow fennel stalk.

A magical garden at the edge of the world

Hesiod also tells about a magical garden situated at the edge of the world in the extreme west. It is tended by Hesperides who, he explains, are the daughters of the Night.

Their name derives form Hesperus, an ancient Greek name of the Evening Star, the planet Venus clearly visible from the earth in the evening. Hesiod describes Hesperides as ‘clear-voiced’. They are associated with the west, evening and sunset.

The golden apples of Hesperides

Hesiod also reports that Hesperides ‘guard the rich, golden apples and the trees bearing fruit, beyond glorious Ocean’ (l. 211 and the following lines).

Their garden is situated ‘in the frontier land towards Night’ and ‘at the borders of the earth’. The apple tree that grows in the garden and produces golden apples presumably symbolizes the sunset with its fiery colours.

In the myth, it belonged to the goddess Hera who received it from Gaia, the goddess of the earth. It was a wedding present that was given when Hera married Zeus, the god of the sky and the ruler of the gods.

The theft of the golden apples of Hesperides

Hesiod does not tell the myth about the theft of the golden apples, but it is known from several other sources. Hera commanded Hesperides to guard the apples, and this is what they did with great zeal. They were assisted by Ladon, a dragon with a hundred heads, who stopped everyone approaching the garden.

Nevertheless, the apples were stolen by the hero Heracles, who undertook this at the command of his elder brother Eurystheus.

Heracles came to Atlas, a titan who stood at the end of the earth in the utmost west holding the sky on his shoulders. Hesiod describes him as upholding ‘the wide heaven with unwearying head and arms’ and ‘standing at the borders of the earth before the clear-voiced Hesperides’.

Heracles asked Atlas to go to the garden of Hesperides and fetch some golden apples. Being supremely strong, Heracles offered to hold the sky while Atlas was away.

Atlas, who was extremely bored having to stand in the same place, agreed. Heracles took his place and Atlas went to the garden. Presumably the dragon Ladon knew him as yet another inhabitant of the the utmost west. In some versions of the myth Atlas is the father of Hesperides. Because of this one of their names is Atlantides.

In any case Ladon did not touch Atlas, who collected some of the precious fruit and brought it back to Heracles. Unsurprisingly, however, he refused to take back his place and hold up the sky.

Sly Heracles pretended that he agreed to a flattering offer to hold the sky. Cunningly, however, he asked Atlas to hold it for another moment, so that he could put his cloak over his shoulders to make bearing the weight of the sky more comfortable. Naive and simple Atlas foolishly agreed, and predictably Heracles picked up the apples, waved goodbye and left.

The return of the golden apples of Hesperides

When Heracles came home, he gave the apples to his brother, Eurystheus. Eurystheus, however, in a rare fit of generosity, or more likely wary of owning a treasure stolen from the gods, gave them to his patron goddess Athena. And Athena in turn returned them to the garden. Just as well, for presumably this is the reason why we can still enjoy the sunset.

This myth is profoundly symbolic. In it an apple tree is a gift of the Earth and a source of ultimate beauty and wealth. It is an embodiment of the fiery sunset. It is also a dream that lives ‘beyond glorious Ocean’ and can be captured by with great effort, but soon escapes again.

Our distant ancestors had poetic imaginations that few can rival today!

Featured image: ‘Sunset’ by MDRIV3R858; The Garden of the Hesperides by Edward Burne-Jones by Kotomi.

Posts related to ‘The Golden Apples of Hesperides’

Pin ‘The Golden Apples of Hesperides’ for later