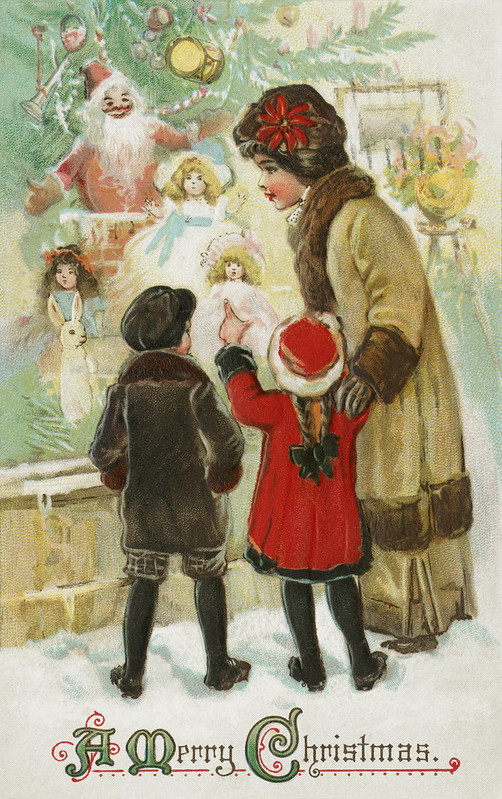 Since the custom of decorating a tree at Christmas has its roots in medieval liturgy and biblical drama, the earliest decorations were religious symbols. A document describing decorations on a tree in 1605 in Strasbourg mentions pastry wafers that represented the Eucharist, apples that represented the Paradise Tree of Life, and paper roses that presumably represented the Virgin Mary, since one of her medieval titles was ‘rose without thorns’. As the custom of decorating a tree became more widely adopted, the ornaments became more secular, but until the 19thcentury they were mostly edible and made at home.

Food decorations were eaten between Christmas and Epiphany (6 January) that commemorated  the Magi’s visit to Bethlehem with their gifts to infant Christ. Most commonly edible ornaments were different kinds of biscuits and cookies, sweets, apples and nuts. Cookies were decorated with various motives by pressing the dough into a wooden mold and carefully removing it before baking. Once baked, they were painted and hung on the tree by a thread. Gingerbread was also very popular, but decorated differently: after it was baked, light-coloured icing was used to paint various designs.

In the 18th and 19th centuries Christmas trees were also adorned with edible figurines, including angels, dolls, animals and birds, made from sugar. Sugar was melted and cooked until it formed a thick mass that was placed in a form to give it a desired shape.

Figurines were also made of marzipan, a mixture of sugar or honey and ground almonds. Marzipan figurines were dyed using food colourings, such as various fruit and vegetable juices. Not surprisingly marzipan is still a very popular ingredient in Christmas deserts, such as German Stollen or Christmas cake in the UK, and marzipan sweets shaped and painted to resemble fruit, vegetables, mushrooms and animals are still widely sold at Christmas.

Apples and nuts used as decorations were often gilded. Oranges were favoured due to their bright colour, and dried or crystallised fruit, such as pears, raisins and apricots, were popular because they could remain on a tree for a long time. Edible presents, such as small fruit and pretzels, were sometimes displayed on the tree in small baskets. Candy was hung in little sacks, or suspended from branches in ornate boxes.

As the tradition of decorating a Christmas tree became more and more widely adopted, the range of ornaments increased and they became available commercially. In the second half of the 19th century in Germany freshly-cut Christmas trees were sold at markets complete with decorations.

In the 18th and 19th centuries a range of materials were used to make decorations. Tin and lead were made into stars, crosses and flowers. Coloured wax was shaped into different figurines, including infant Jesus and angels, dolls and animals. Wax figurines were of course very fragile and sensitive to heat, which was particularly unfortunate since the trees were also decorated with candles. It was not uncommon for the figurines to loose a limb in accidents involving candles. This fragility was almost certainly one of the reasons why glass decorations were quickly adopted in the 19th century. Glass ornaments were first made in Germany and became popular in both Europe and the USA by the 1860s. The earliest blown glass decorations were simply spheres, sometimes frosted, but later they were made into different shapes, including fruits, stars, icicles and pinecones.

Paper and cardboard decorations were popular throughout the early modern history of the Christmas tree. They were made into human and animal figures, crosses, stars, baskets and boxes. From the 1870s Christmas trees in Europe and America were decorated with ‘Dresdens’ – three-dimensional embossed brightly coloured cardboard images of angels, Magi, flowers, animals, fish, domestic objects, musical instruments, Christmas trees, St Nicholas and so on.

An early version of tinsel was available already in the 17th century. It was fine silver thread, originally a by-product of metal work. In the 18th, 19th and early 20th century tinsel was cut from silver and lead foil.

In the 19th century people also started to put ornaments on the top of the tree. Initially it could be any figurine, though angels became particularly popular. By the end of the 19th century such decorations were supplanted by elaborately shaped coloured glass spires.

Only in the 19th century, with the introduction of cheaper stearin and paraffin, candles became more affordable and the custom of putting them on the Christmas tree more widely spread. Initially the candles were attached to the tree with pins or put in candle holders made with counterweights, but in the late 19th century these were replaced by candle holders with clips, made from tin. Around 1885 electric lights connected by wires and forming a string, not very different from the ones used today, were made available. In the 1920s they became affordable to middle-class households.

Since many ornaments were elaborate and expensive, and, excluding food gifts, fairly durable, they were handed down from one generation to another – a custom that still exists today. This ensured that the tradition of Christmas tree decoration was stable and conservative, and change was gradual and fairly slow.

In the 19th century Christmas trees put up by wealthy households were genuinely lavish affairs. Some families had more than one, occasionally an individual tree for each family member. Both large, flour-to-ceiling trees and smaller specimens, displayed on tables, were used.

German Hugo Elm, a University of Halle professor, gives meticulous directions on how to decorate a Christmas tree tastefully in his Golden Christmas Book of 1878. He writes that ornaments should include gold and silver nuts that are best placed alternating, about 3 or 4 pieces on the longer, and 2 or 3 pieces on the shorter branches. He advises to put marzipan sweets between the nuts. Other ‘essential’ decorations he describes include glass balls and fruits, marzipan and chocolate figurines, gold and silver pinecones, metal tinsel and coil, imitation lilies, roses and fuchsias, small baskets, individual stars and a banner with lettering ‘Glory to God in the Highest’ to be wrapped around the tree’s middle.

He also mentions strings of nuts and stars to be wound around the branches, and paper bags to be placed on the tips of branches, ideally beneath the lights. At the top of the tree, according to Elm, should be a large star made of cardboard, covered with golden paper, and further decorated with either a self-made or bought Christmas angel. Clearly in the 19th century Christmas tree was still a status symbol for the wealthy and decoration had to have a competitive edge.

Charles Dickens also described exceptionally lavish decoration in his autobiographical story ‘A Christmas Tree’. There an elderly narrator remembers past Christmases, and recalls decorations and presents he saw on a Christmas tree as a child.

The story begins with a vision of a tree that was brilliantly lighted by a ‘multitude of little tapers’ and glittered with bright objects. On it were ‘rosy-cheeked dolls’, real watches with moveable hands ‘dangling from innumerable twigs’, tables, chairs, bedsteads and other items of furniture made from tin in Wolverhampton, and ‘jolly broad-faced little men’ whose heads ‘took off, and showed them to be full of sugar-plums’.

The description continues to include fiddles and drums, books, work boxes, paint boxes, sweetmeat boxes, and other boxes, ‘trinkets for the elder girls’, guns, swords and banners, witches standing on enchanted rings of pasteboard, real fruit decorated with gold-leaf, imitation apples, pears and walnuts, and countless other objects.

The narrator remembers overhearing a child whispering to her friend that ‘There was everything, and more’. If a real Christmas tree in a wealthy Victorian family home was decorated with only a tenth of what Dickens describes, it must have been a marvelous sight!