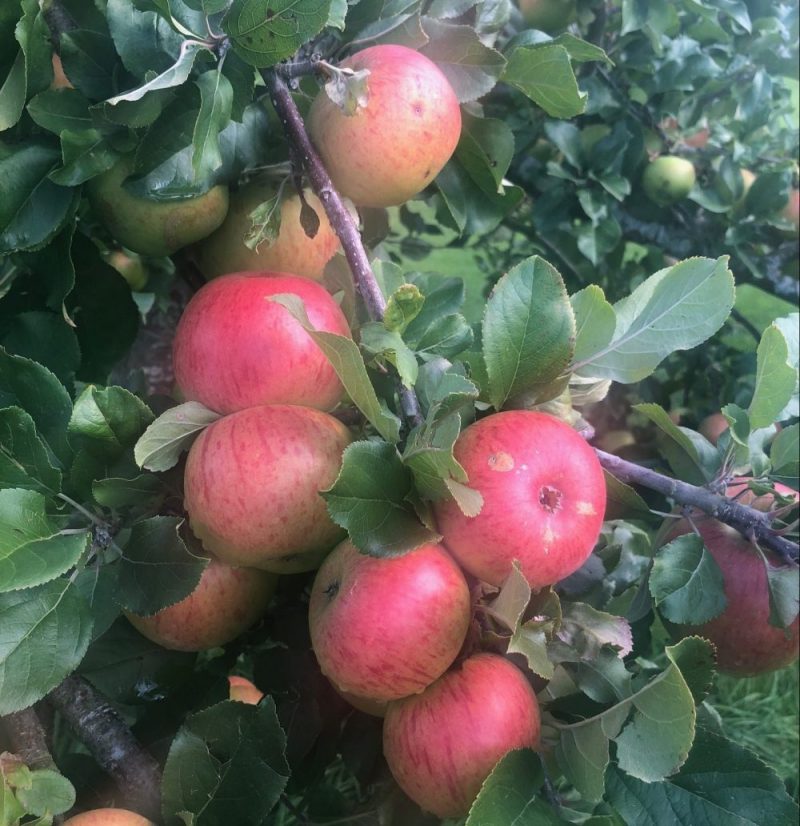 The Lost Orchard: A French Chef Rediscovers a Great British Food Heritage (London, 2019) is another creative and informative contribution from the famous chef. The overarching theme is the same as in Raymond Blanc’s other books – the loss of purity, richness and diversity in the modern industrial production of food. In this review of The Lost Orchard I summarize my impressions from this wonderful book.

Low consumer expectations and the loss of diversity

I remember talking to a friend on a completely different topic, education and scholarship. He pointed out that educated people today know fewer foreign languages than in the past, and commented ‘we have not expanded, we have shrunk’.

Since the conversation was taking place over lunch, I thought about food. The question that I have been asking myself for some time was why do supermarkets today have just three varieties of apples – red, green and yellow, whereas in the 19th-century gardening and cook books one reads about hundreds of different varieties?

Why so few people know the names and tastes of different apples, pears or plums beyond two or three common names? Why are we satisfied with so little, when our ancestors seem to have needed so many different textures and flavours?

Where is it all gone, considering that in Britain there were no natural disasters or equally destructive revolutions and totalitarian regimes that struck a blow to traditional culture of many countries in the 20th century?

The loss of diversity happened of course not only in Britain. The same can be said of the supermarkets in every country I have lived in or travelled to. And in terms of the low consumer expectations, the same trend seems to dominate in most countries, though not everywhere in an equally depressing way.

The disappearance of British orchards

I was therefore very happy to come across and write a review of The Lost Orchard that asks some similar questions. On p. 4 Raymond Blanc asks:

‘Where are the hundreds of diverse and fascinating varieties of apples whose rich and complex flavours the Victories celebrated like fine wines?’.

Blanc points out that fruit gardens have been a huge part of British culture since medieval times. After 1950, however, England has lost 57% of its orchard area, including 80% of plum orchards. In Oxfordshire, where Raymond Blanc’s restaurant Le Manoir aux Quat’Saisons is situated, around 90% of traditional orchard areas were destroyed or abandoned by 1997 (p. 4).

The contents of The Lost Orchard

The book consists of a short introduction followed by descriptions of dozens of apples, pears, plums, cherries, apricots, peaches, figs and other orchard fruits. Blanc writes from experience of planting and growing his own orchard at Le Manoir aux Quat’Saisons.

He says that this project ‘demanded an incredible amount of hard work, money and research’ (p. 5). Particularly so since his approach has been strictly natural. He did not use even ‘permitted “organic” pesticides’, since he did not want them to go into his soil or his chickens!

Blanc’s descriptions of individual orchard fruit varieties tell fascinating stories about their origin, history and his personal experiences with them. He includes notes on their season and appearance, tasting and growing notes, and what they are ‘best for’. This can include best for tarts, eating fresh, juice, puree, jam, clafoutis, baking, compote, history and ‘everything’.

Raymond Blanc on the Gala apple

Raymond Blanc’s ‘best for’ entry for the Gala apple, that international supermarket star, reads ‘nothing so far!’. He says that for him it exemplifies the unfortunate tendency to breed fruit primarily for sweetness and appearance, at the expense of complexity of flavour.

He describes the taste of this ‘nation’s favourite’ in both the US and UK as ‘mealy’, ‘sweet’ and ‘hopelessly mono-flavoured’.

Blanc’s description of Court Pendu Plat, that I also have in my garden, explains that its mysterious name means ‘hanged short’. It refers to its short stalks that give the appearance of apples resting on branches.

Raymond Blanc explains that in France many medieval varieties have this name, including Court Pendu Gris, dating back to 1400s. Court Pendu Plat was discovered in France in the region of Franche-Comté in 1613, where it was growing in the middle of Gallo-Roman ruins.

In Britain Court Pendu Plat was widely grown at the time of Queen Elizabeth I, but was thought to have been introduced by the Romans. This makes it one of the oldest varieties still in cultivation.

Montmorency cherries in The Lost Orchard

In a description of Montmorency cherries Raymond Blanc tells how his mother always prepared them for Christmas. They were steeped in sugar and alcohol, and were served just on their own with coffee.

Alternatively, they were dipped in warm fondant icing, cooled, and then dipped in melted dark chocolate. After that they were kept for three to five days, during which time the icing dissolved and merged with the alcohol, so that ‘when you bite into them, the crunch of chocolate was followed by a burst of cherries and kirsch – they were divine’ (p. 237).

Stories and recipes for a lover of natural gardening and food

Raymond Blanc’s book tells wonderful stories of the breeding of the Granny Smith apple by an immigrant to Australia and her descendants; of an unforgettable experience of tasting for the first time the ‘best apple of his life’, Cox’s Orange Pippin; and of how presently forgotten medlars were grown and eaten in France, and by Greeks, Romans, Elizabethans and Victorians. The book has photographs and a collection of brilliant recipes at the end. It is a must have for any lover of natural gardening and food.

My favourite line in the whole book

What is perhaps my favourite line in the whole book is found in a description of the ‘magical organic gardens’ at Le Manoir aux Quat’Saisons. Raymond Blanc says that the gardens are the ‘beating heart of everything’ they do and ‘the canvas on which our gastronomy and values are written’ (p. 3).

It is a good and true description of one’s garden as a canvas on which one’s values are written. Does this canvas present beauty, purity, kindness, intelligence and open-mindedness or the opposite of these values?

Posts related to ‘Review of The Lost Orchard by Raymond Blanc’

Review of Peter Wohlleben, The Hidden Life of Trees

Nectar: Basics for a Bee-Lover

Pin ‘Review of The Lost Orchard by Raymond Blanc’ for later