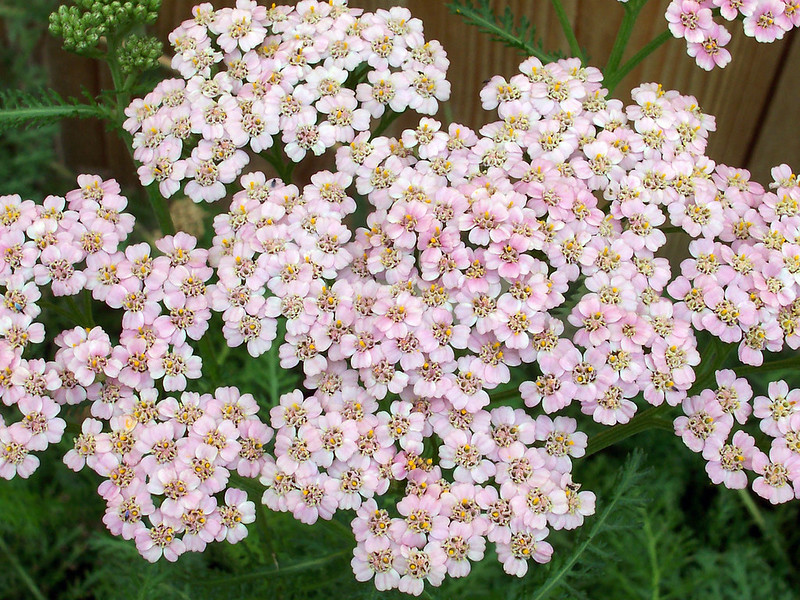 Common nettle (Urtica dioica) and yarrow (Achillea millefolium) are some of the most celebrated medicinal plants, known for their superior healing and regenerative properties. Both have a rich chemical composition and have played a vital role in the traditional medicine and diet of many countries.

Nettle is a recognized superfood, and there are numerous recipes for salads, soups and vegetable dishes made with fresh and dried nettles. It owes its dietary fame, among other things, to an unusually high protein content (up to 25% of its dry weight) and to a high concentration of vitamin C (30g of nettles contain the recommended daily intake).

Nettle as a preservative

Nettle is also known for its superior antibacterial properties. A traditional way to stop milk going sour, for example, is to put in it a few nettle leaves. Similarly, in the age before refrigeration meat and fish were wrapped in nettle leaves to keep them fresh.

Nettle is one of the most important plants in herbal medicine, used to treat a wide range of conditions. And it is not just dried leaves that are made into treatments, but also juice, roots, flowers and seeds. Alcohol infusion of nettle roots, for example, is a powerful treatment for hair loss, tea made from flowers is used in the treatment of diabetes, chronic skin conditions and cancer, whereas dried leaves are used to treat anemia.

Traditionally preparations from nettle were also used to stop bleeding, to promote the healing of wounds, to prevent them from getting infected, and to reduce inflammation.

Nettle’s healing and anti-inflammatory properties are utilized in many cosmetic products. Preparations from nettles are employed in the treatment of acne and are used to improve the condition of aging skin.

But perhaps the best known and most common use of nettle is in shampoos, conditioners and hair masks that promote a healthy growth of hair and improve its appearance. Such products take advantage of the nettle’s ability to combat hair loss.

Medical uses of yarrow are also diverse and go back to antiquity. It is difficult to find a plant that can rival yarrow in its ability to stop bleeding quickly and effectively. It was traditionally used to heal wounds, and as an anti-bacterial and anti-inflammatory medicine, and it is still used in herbal medicine as a treatment for internal bleeding.

In the 18th and 19th centuries yarrow was employed to treat dysentery. Its other medical uses included the treatment of digestive and liver disorders, anemia and eczema.

In cosmetics yarrow is used to promote hair growth and strength, to prevent hair loss, and in preparations (sometimes with other ingredients) to improve the condition of dry and aging skin.

Where to find nettle and yarrow

Nettle and yarrow are very common plants. Yarrow grows on lawns, sunny meadows, river banks and in the margins of fields. Nettle is a typical ‘pioneer’ plant, growing on almost any disturbed soil and therefore close to human habitation. Nettle loves fertile, nitrogen-rich soil, and therefore our gardens.

Both nettle and yarrow are easy to get hold of, and there is little danger of depleting nature. You just need to be careful not to collect them in polluted sites, unfortunately very common. Do not collect plants next to roads or agricultural fields where chemical fertilizers, pesticides, fungicides, herbicides and hormones are used.

Nettle and yarrow are also present in many people’s gardens. If you generously allow these plants, extremely important for wild life, to grow somewhere in your garden, you could reward yourself by occasionally using them as well. They are great not only for bees and butterflies, but also for us.

Cosmetic recipes with nettle and yarrow

Below I give recipes that in my experience have an amazing effect on skin an hair, both immediately and long term.

Wearing gloves collect half a cup of nettle leaves. Crush and grind them in a mortar, until they turn into a moist paste. Adding a few drops of water will make grinding easier. Once macerated the leaves will no longer sting.

Add a small amount of honey. Put on the face and neck for 20-30 min. Wash off with warm water and apply a face cream. Try to use this mask 10-15 times in spring and then again in autumn to make the results last and to prepare skin for the summer and winter seasons. It is particularly good for dry or aging skin.

Yarrow can be used in the same way or in combination with nettle. It is also recommended for dry or aging skin.

Put two tablespoons of dried nettle leaves in a tea pot and add 200ml of boiling water. Close the lid and leave to infuse for an hour. Strain using a tea strainer or a cheese cloth. Use as a rinse, applying to scalp and hair after washing. Do not wash off. Use the rinse once a week for 6 months.

Put two tablespoons of finely chopped yarrow leaves in a pan and add two glasses of water. Bring to boil and let simmer for 5-10 minutes. Cool and strain. Keep in a bottle (with a mister) in the fridge. Apply to skin with a cotton wool pad before applying a moisturiser. The tonic is particularly good for dry or inflamed skin.

Yarrow is used in many cosmetic recipes for hair to stimulate its growth, prevent hair loss and normalize oil production.

Put 5 tablespoons of dried yarrow leaves in a teapot and add 500ml of boiling water. Close the lid and leave to infuse for an hour. Strain. Use as a rinse, applying to scalp and hair after washing. Do not wash off.

Posts related to ‘Nettle and Yarrow in Cosmetic Recipes’

How to Grow and Use Chamomile

Pin ‘Nettle and Yarrow in Cosmetic Recipes’ for later