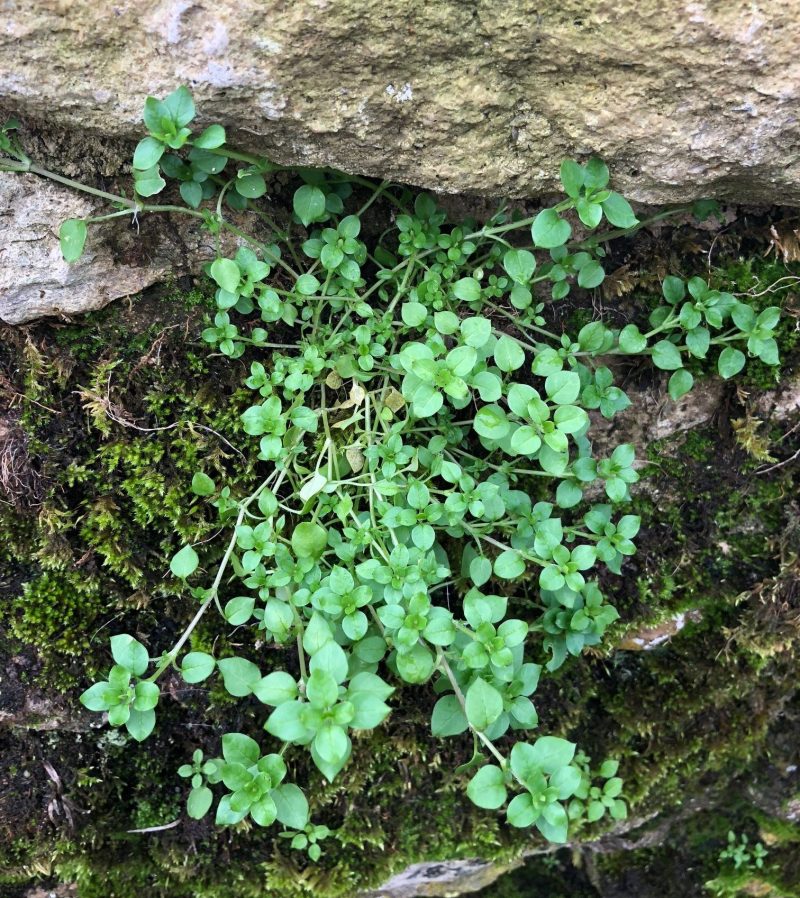 Chickweed Benefits: A Weed or a Delicious Salad Crop?

Chickweed (Stellaria media) is a native of Europe and Asia, now naturalized on all continents. It is ubiquitous and can grow in full sun in meadows and fields, as well as in shade under trees on edges of woods. It is usually classed as a weed, but it offers numerous benefits.

Chickweed is a small plant with weak trailing stems and oval leaves. It’s tiny white flowers with five deeply cleft petals resemble stars. They were clearly an inspiration for its Latin name, derived from the word stella – a ‘star’.

Chickweed is known to many gardeners as an extremely prolific weed. It is one of the first plants to sprout on freshly dug soil. In areas with mild winters, such as much of the UK, it grows, flowers and sets seed almost all year round. Even a small cutting can regrow if given contact with soil.

Individual plants tend to be short-lived – they flower within 4-5 weeks of germination and produce mature seeds within 5-7 weeks. During its life time each plant grows thousands of seeds that quickly germinate and give birth to new plants. Seedlings sprout particularly actively in spring and autumn, but are plentiful through much of the year.

Chickweed is hardy and has been known to survive temperatures as low as -10C. It can be killed only by very hard frost and snow, but quickly starts growing again as soon as they are gone.

In a garden where chickweed has taken hold, one radical and ecologically responsible way to suppress it, is what is suggested by its name – it is loved by chickens and is very good for their health. They can quickly dispose of a large quantity of it. Of course once they have eaten stellaria, they will turn to other plants in the garden, but let’s say this is a separate issue.

For a gardener without chickens, who constantly has to weed out stellaria, it may be a consolation to know that it is good not just for wild and domestic animals, but for us as well. One could perhaps consider eating one’s way out of the worst of the problem.

Chickweed is rich in vitamins, particularly vitamin C and iron. It has an important role in traditional medicine of many nations.

Fresh juice and paste have been used to stop bleeding and to heal wounds and burns, due to the antiseptic and anti-inflammatory properties of chickweed. Its medicinal potential is recognized by scientific medicine as well.

According to a recent review of scientific literature on stellaria:

According to the same source:

Chickweed benefits: a vegetable to grow indoors in winter

Chickweed is an excellent wild plant to use fresh in salads. It is reliably available outside, as long as there is no snow, but it can also be grown indoors, as an addition to a windowsill salad garden.

All one needs to grow it indoors is to bring a few stems with roots from the garden and plant them in soil rich in organic matter. Once in a warm room, they will quickly start to grow, and in 2-3 weeks will cover the available space.

Chickweed does not mind low light levels in winter. It needs to be watered frequently, and once cut, will grow back.

This humble plant deserves our attention. In fact just looking at it can teach a careful observer something useful.

In addition to its ‘immense therapeutic potential’, chickweed is also nature’s own barometer. If its flowers have not opened by 9am, it is sure to rain that day. If they opened and did not close by 4pm, there will be no rain in the evening or night, even if the sky is full of dark clouds.

Young chickweed stems are soft and juicy, and have a fresh pleasant taste. Put washed stems on sandwiches in the same way as watercress.

To make a salad, wash 50-100g of chickweed, chop, add a small amount of chopped spring onions and dill, and dress with mayonnaise or vegetable oil.

This is just one suggestion, but chickweed combined well with all other salad vegetables and with boiled eggs.

Chickweed paste for sandwiches and canapes

It is very easy to make a chickweed paste to put on sandwiches and canapes.

Posts related to ‘Chickweed Benefits: A Weed or a Delicious Salad Crop?’

Pin ‘Chickweed Benefits: A Weed or a Delicious Salad Crop?’ for later